“…a graceful, gloom-pop triumph.” – The Skinny

For fans of: My Brightest Diamond, Lia Ices, Laura Veirs
Miss Kenichi has released her gorgeously atmospheric album The Trail via Sinnbus/Rough Trade.

The album has already caught the ears of BBC 6Music‘s Lauren Laverne and Tom Ravenscroft, and her most recent video for album track ‘Ghost’ premiered on Gold Flake Paint, who described it as “Equal parts striking and captivating…”. Watch it now via the Sinnbus YouTube channel.

Miss Kenichi – aka Katrin Hahner – recently chatted to German TV channel DW about her chronic stage fright, her paintings, contribution to the recent soundtrack for German film ‘Freier Fall’ and Tindersticks drummer Earl Harvin‘s involvement with the album. You can watch the full interview HERE.

You can also watch the video for album track and single Who Are You on the Sinnbus YouTube channel.

Dark like the woods, but with shafts of light piercing through the trees, The Trail is a record that initially seems full of shadows and gloom, but whose beauty lends it a vital optimism. Leaning lyrically upon the nature amid which she grew up, with frequent references to mountains, rivers, storms and skies scattered throughout, The Trail is full of songs that outgrow their origins, thriving and blossoming as they develop. With The Trail, Miss Kenichi has created an album that is boundlessly immersive, full of wisdom, grace and wonder.

The Trail was released via Sinnbus/Rough Trade and is available to buy digitally on iTunes and on vinyl and CD from BandCamp. 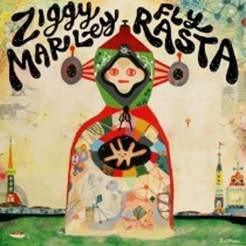