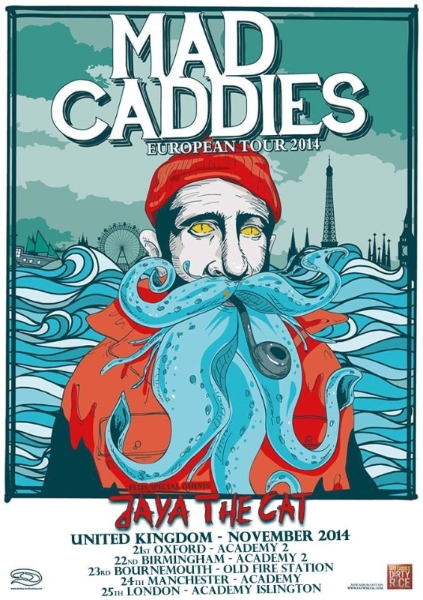 Originating from Boston and currently based in Amsterdam, the Netherlands, Jaya The Cat not only continue to grow sonically but have also been hard at work building their reputation as one of the premiere bands on the European live circuit.
Having originally formed in 1998, Jaya The Cat are renowned for playing hundreds of concerts to an ever expanding audience and turning every one into an unforgettable onstage party with the audience singing, dancing and drinking right along with the band
November will see Jaya The Cat take to the road throughout the United Kindom with Ska-Punk heroes, Mad Caddies.