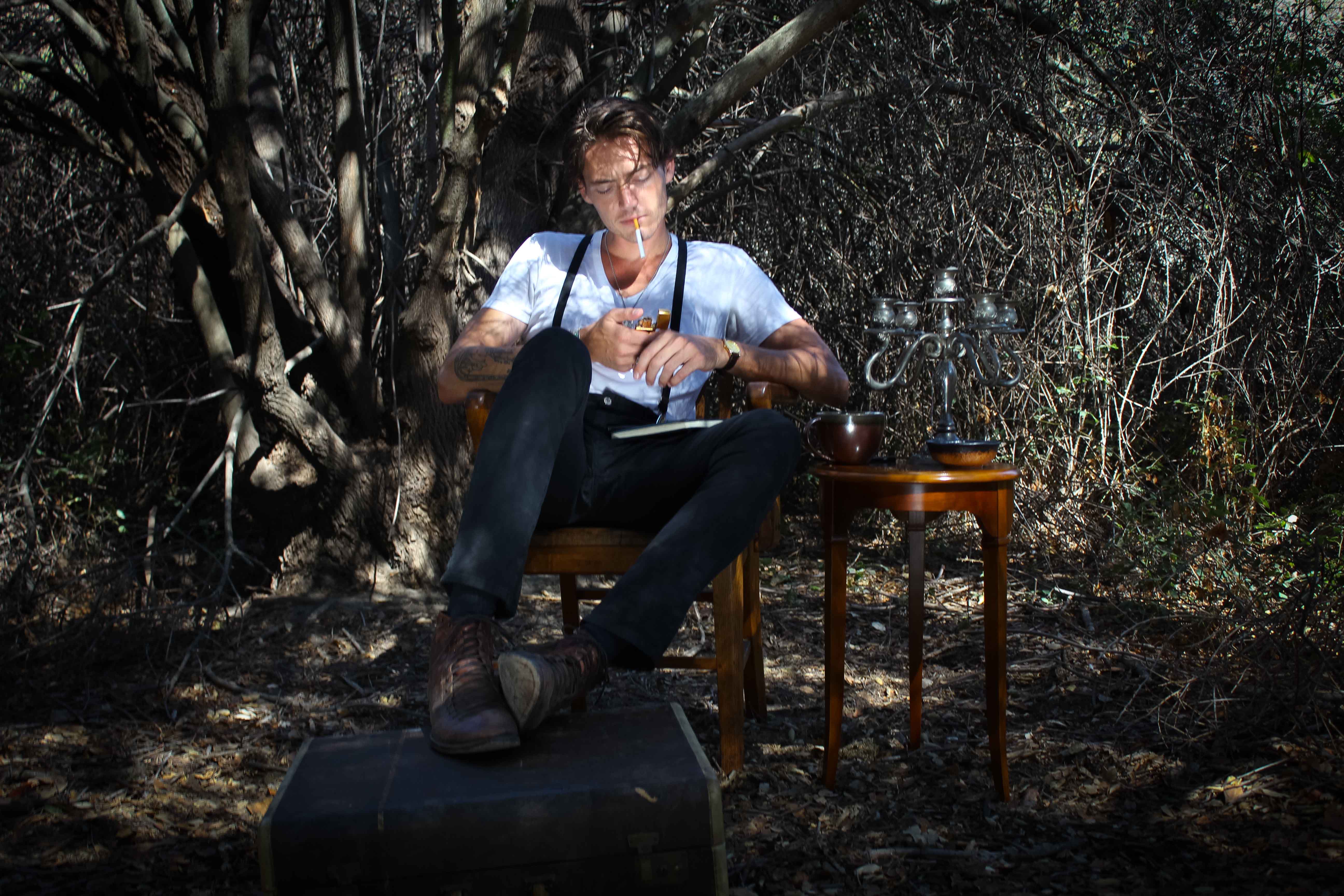 Hailing from Santa Ana, California, a short drive south of Los Angeles, Jameson is reinventing rock n roll. An education in bourbon, sleep deprivation and the writings of Ernest Hemingway set alongside a musical prowess that keeps him alone, locked in his creative hub, ‘The Studio Apartment’, layering guitars and banjo, scorching vocals and pounding drums long into the night, Jameson is an irrefutable force, distilled in emotion and pouring with precision, Jameson represents a musical combination that leaves you buzzing and ultimately reaching back for the bottle.

Whilst working long hot days on a roadside fruit stand, Jameson first picked up the banjo in 2012. Finding songs were suddenly “writing themselves” he began working on the material for the forthcoming ‘Carnivore’ EP before releasing a solo acoustic record ‘Pronto’ in 2013. ‘Carnivore’ captures Jameson’s unique approach to the banjo, wielding it more like a lead guitar in a riff laden rock outfit than a country folkster and the result is startling. Leaping from the frantic single, ‘Breathe Your Last’, Jameson’s tales of travel and restlessness, love and listlessness, passion, desire and regret are bold and enticing, balancing the blistering pace and aggression of tracks such as ‘Remember’ alongside a subtly delicate approach on ‘Falling’ and ‘Surprise’.

Jameson’s numerous visits to the UK alongside touring on the West Coast brought him to the attention of Rupert Hine, the famous record producer, who signed Jameson as a songwriter to his publishing company, Auditorius BMG/Chrysalis. Jameson’s  single ‘Breathe Your Last’ will be available on Nov 2nd preceding the ‘Carnivore’ EP on Nov 16th.