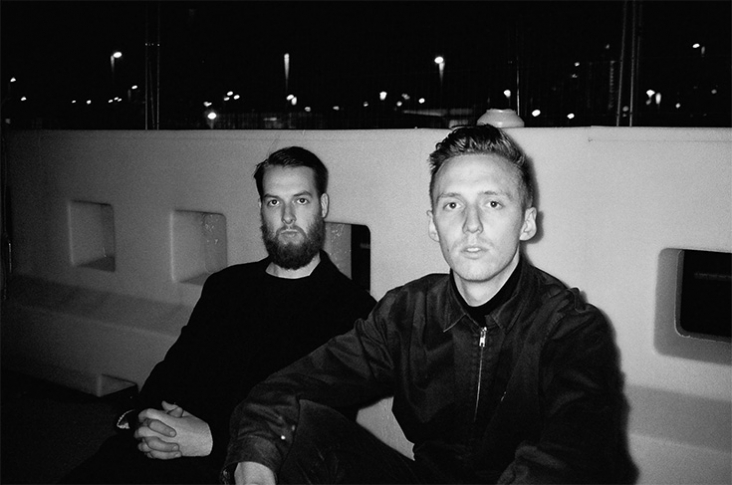 STREAM EMBODY REMIX OF ‘WARM ON A COLD

Honne have unveiled an Embody remix of breakthrough track ‘Warm On A Cold Night’, as well as announcing details of their second London show: with Sebright Arms selling out for November 24, an Electrowerkz date will take place on February 3 (on sale Friday). Forthcoming single ‘All in The Value’ is released on November 24 via Super Recordings (AlunaGeorge, Bondax), again going Top 10 on Hype Machine and picking up early support across Radio 1 (Zane Lowe, Huw Stephens, Annie Mac), 6Music and 1Xtra.

Honne’s escapist but intimate blend of nocturnal R&B with Classic Soul songwriting saw them emerge, fully formed, with one of the most-blogged songs this summer on debut track, ‘Warm On A Cold Night’. Their second release, ‘All In The Value’, suggests this was no fluke. Starting sparsely with mellow keys, hip-hop beats and just singer Andy’s dulcet, James-Blake-esque vocal, ‘All In The Value’ digs deeper into a love of Frank Ocean together with an almost late-80s groove inspired by the productions of Quincy Jones. From their shared, crackling radio intro, lyrically Honne’s new single is a neat counterpart to ‘Warm On A Cold Night’, and its romantic invitation to forget your problems and run away together: flashing backwards, ‘All In The Value’ is a snapshot of a failing relationship, where you can feel the other person’s interest has faded (“I want you / to really want me too / because it’sall in the value“).

The space between sensuality and sadness persists across the duo’s work, right down to the name Honne: inspired by a trip overseas, it’s a Japanese word (with no Western equivalent) for “True Feelings”, and is often contrasted with tatemae (or, one’s outward behaviour). In more ways than one, Honne is an apt reflection of songs which address private passions, and their playing out in public.

Honne are soulful electronic duo Andy (on vocals) and James (on production), whose atmospheric West Coast influences find their slightly less evocative source in the South-West of England (specifically, Somerset and Wiltshire). They met at University, forming a close bond befitting the first new person each other had spoken to. Slowly they set about developing their sound and production skills, between part-time jobs teaching music in schools (though news of Honne’s extracurricular activity is already trickling into the outside world: ‘Warm On A Cold Night’ was recently played by a fellow teacher during their primary school assembly, to a largely positive response). Honne are creating a distinct, night-time aesthetic to their sultry sounds, with part two of their video series – featuring choreography from Fionn Cox-Davies – picking up the narrative of a couple on a romantic journey into the unknown. Another soaring single under their belt, and Honne’s own destination is still to be continued.

TOM LEVIN gives you “More Than A Song” (Pop)!‏