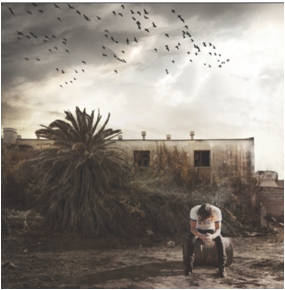 Keys In The Lake

Building on the success of their previous four albums, Hillström & Billy return to the music scene after 18 months of harnessing their craft. Originally a one-man band Hillström & Billy gravitated into becoming a musical collective of fellow musicians, but always with the idea of synergy at the core. The Swedish-based musician’s latest single, Keys In The Lake, is taken from his forthcoming album that delves into the idea of unity, collaboration and being held back.

Keys In The Lake, produced by singer-songwriter Christian Kjellvander, resembles a mix between Sonic Youth and Pavement that is a strikingly constructed song. It’s a blinder, combining percussion and guitar into a richly layered melody that features a hasty drumbeat and some addictive soaring riffs that all come together with Hillström’s bassy undertones. That descends into a dreamy carefree abyss, where the listener can sit back and relax.

Keys In The Lake is a great addition to the modern indie lo-fi’s family tree and is off Hillström & Billy’s forthcoming album that is expected to drop Spring 2015.