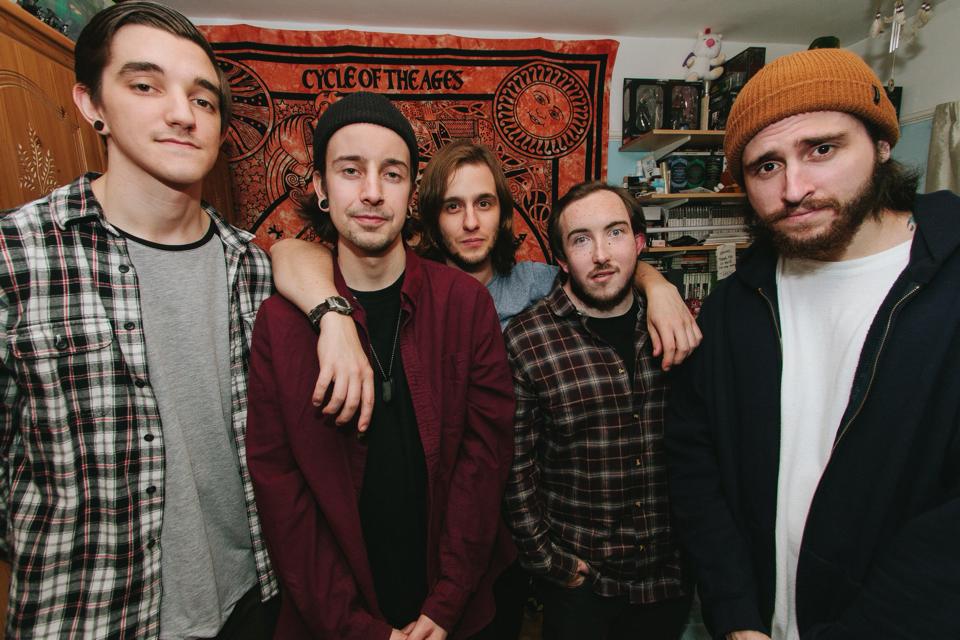 Spending the last couple of years at the forefront of the DIY punk scene, playing hundreds of shows and building their fan base across the UK & Europe, Essex quintet GIANTS are pleased to announce that today, true to their roots, they launch an official PledgeMusic campaign to help crowd fund their as yet untitled debut album – click here for details.

The band had the following to say in an official statement:

“Great news! We are recording our very first full length album and you can be a part of it! We’ve been working closely with PledgeMusic to give you the opportunity to pre-order the album & become a part of the whole recording process! Your pledges will be directly funding our studio time as well as the mastering costs, so in exchange for any contributions we’ll be keeping you all up to date via personal emails, vlogs & even live webcasts from the studio. We’ll also be selling a whole host of stuff which will be completely exclusive to pledgers. We’ve spent the best part of the last year working on this record, we’re so eager to get it out there so we can tour the shit out of it. So if you are a fan of our band & want to see us release this record, we hope you can help us out and ultimately be a part of it!”

The band will be heading to The Ranch Production House in Southampton with producer Neil D. Kennedy (More Than Life, Landscapes, Polar, Heights etc.) to track drums initially between 30th November and 4th December, completing the sessions from 3rd January onwards. A percentage of any funds donated by Pledgers will be going to the “Skate4Cancer” charity and every Pledger will receive a digital download of the album before general release.

After honing their sound across a series of DIY EPs and vinyl singles, GIANTS have successfully amassed a loyal and rabid fan base, standing them in good stead for the inevitable release of this, their debut album.

Now focusing on the next stage of their career, the band have also recently recruited a new drummer in the form of Harvey Freeman, after the departure of previous sticksman and founding member, Ben Creevy:

“Ben was a founding member of our band and has poured his heart and soul into Giants over the years, for that we are indebted to him forever” say the band “But don’t fret, we are not losing a single step – our good friend Harvey Freeman will be taking over behind the kit from now on and we’re excited to have him on board for the next chapter of our bands career.”