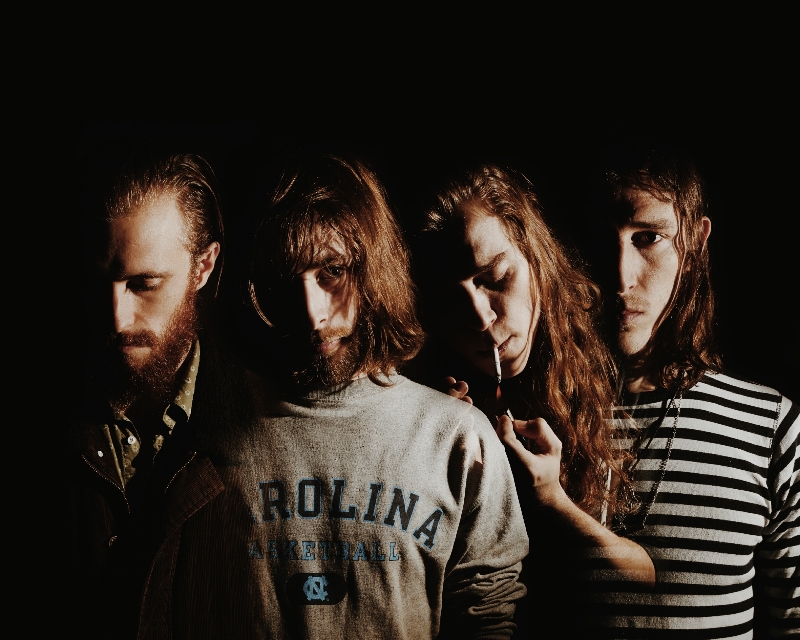 “A joyride through rock’s sleazier back alleys” – The Guardian

“Gritty, grubby and dangerously infectious” – The Line Of Best Fit

After selling out venues up and down the UK on their first ever headline tour last month, rising Brighton four piece Demob Happy push their degenerate scuzz to breaking point in this twisted new music video. ‘Succubus’ is out now on the bands own label, Milk Parlour Records.

Warped camera work and a sinister red gloom reveals Demob Happy in gnarled and unhinged form, Matt Marcantonio says of the video: “When we recorded succubus we were out in this weird isolated cottage in the middle of nowhere in Wales where we set up a studio, basking in the only available dingy red ceiling light. So, for us it evoked this dark late night that we spent recording the song.”

Demob Happy constantly stretch beyond their genre to create a spontaneous clatter of fresh and exciting sounds. The Newcastle born quartet left their adopted home of Brighton behind to record ‘Succubus’, venturing deep into the Welsh countryside to build their own studio away from the confines of the city. Upon returning, Demob Happy took ‘Succubus’ to Pink Floyds engineer Andy Jackson for mastering duties. The B-Side was produced by Mike Lord and mastered by Nick Lewis.

Whether it’s battling in court for their gear back from the noise police, making music videos for £10, or recording and producing everything they do themselves, then returning the gear to the shop afterwards for a refund – Demob Happy didn’t get it easy, they just made it look that way.

‘Succubus’ is out now via Milk Parlour Records on digital download and will be released on limited edition 7” vinyl in December.

India Mill album ‘Under Every Sky’ out now!