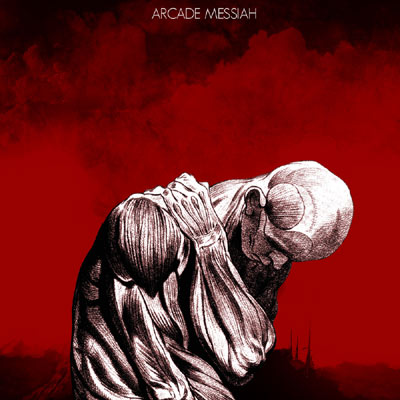 ARCADE MESSIAH have today released their self titled 7 track debut album as a Free (pay what you want) download on bandcamp.

The entire album can now be streamed/downloaded from their bandcamp site at https://arcademessiah.bandcamp.com/releases

“this album fits nicely alongside Russian Circles, Pelican and even Iron Maiden. It’s progressive metal meets post-metal with a ton of riffage. 95/100 powermetal

“this is something you will place on your top 5 albums of the year. It is well crafted, well conceived and meticulously produced. I don’t think there is anything in the genre that sounds quite like it! sphere

“has the potential to interest many, many people out there who can find anything or everything to love in this album” headbangerreviews

John Bassett: “after writing and producing numerous KingBathmat albums and more recently the acoustic solo album “Unearth”, I decided I wanted to create my first instrumental album, and I wanted it to be set, audibly and visually in a dark, bleak apocalyptic aura of despair and anger. I wanted to focus on enormous riffs & sorrowful yet powerful musical refrains and place them within a terrain of unusual time signatures interspersed by moments of psychedelic calm.“