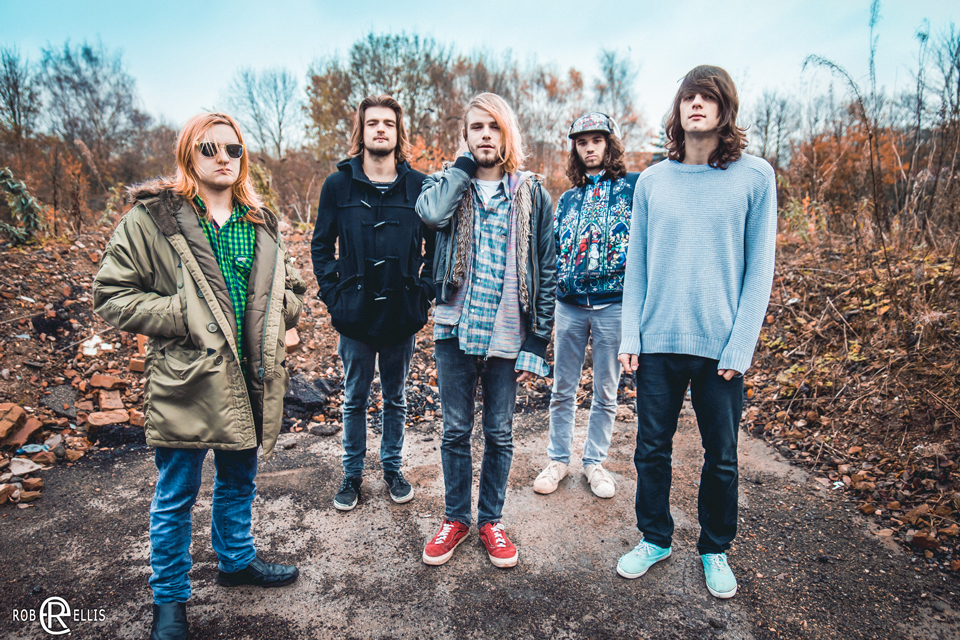 Hot on the heels of October’s single ‘I Should Have Gone To Uni’, West Yorkshire psychedelic alt-rock-grunge-pop weirdos Allusondrugs offer the world a new slice of what they do best, in the form of live favourite ‘Am I Weird?’.

The new track is available as a free download from: http://www.musicglue.com/allusondrugs

The track – written by guitarist Damo – deals with the social awkwardness of adolescence and was recorded and mixed by the band in their home studio earlier this month; never ones to shy away from a spot of hard work, the band also produced, directed and edited the video at home in Castleford, West Yorkshire too.

Allusondrugs hit the road again this week for a short run of headline shows (see daters below) following a year of heavy touring, that recently culminated in travelling up and down the UK as guests on the Marmozets / Lonely The Brave co-headline tour in October.

The band end the year with a pair of Christmas shows; first with Enter Shikari + Baby Godzilla at Enter Shikari’s Xmas Party show in Liverpool on 17th Dec and then in Sheffield for their own headline Xmas Party at Corporation on Friday 19th Dec.

Allusondrugs formed in the autumn of 2012 & have been building a rabidly loyal following with their alluring sound and DIY approach to releasing music online as and when they like (sometimes before it’s even finished), streaming practices live on the web, and hosting debauched parties at monthly club residencies / in the woods / wherever they damn well like.

Tickets for all shows can be found at http://www.musicglue.com/allusondrugs