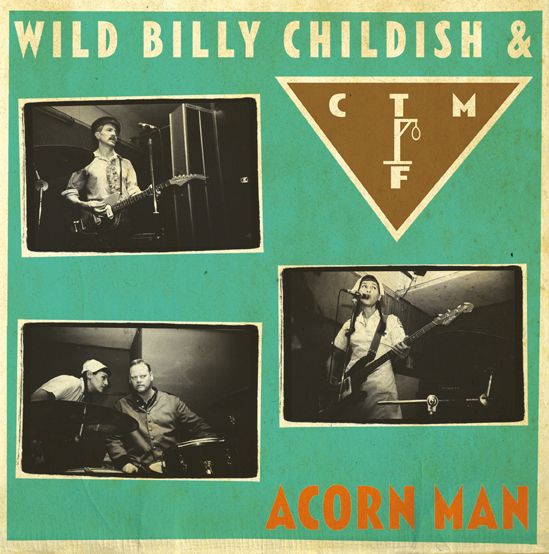 Wild Billy Childish & CTMF are back!  Hot on the heels of their recent ‘Punk Rock Enough For Me’ single is the band’s second long player, Acorn Man.

Listen to ‘Punk Rock Enough For Me’ HERE
Billy Childish is an international cult figure, painter, poet and novelist. He has released over 120 independent albums and influenced a vast range of musicians from Kurt Cobain, Beck and Mudhoney, through to Jack White, The Hives, The Strypes and Kylie Minogue.  As if that’s not enough, he has also painted 2,000 odd paintings, written 4 novels and penned 40 plus collections of his poetry.

His latest band is CTMF.  Billy’s description of their sound holds true – “the epitome of modern” and their sound as “the sound of yesterday, tomorrow.”  All of their records are released under the moniker CTMF.  Some say this stands for Copyright TerMination Front, others claim it is simply short form for Clarity Through Fuzz.  There have been numerous rumours that Jimmy Cauty plays bass and that it is none other than Bill Drummond that can be heard on Xylophone.  Billy, however, muses that though he is indeed friends with Jimmy Cauty – and has in the past been in correspondence with Bill Drummond – he has never knowingly heard of the KLF as he “gave up on music after punk turned crap at the end of 77.”  People in the know can vouch that all this is in fact true.

Acorn Man is arguably one of Childish most accessible LPs, showcasing Childish’s love of punk rock and beat.  Traces of dirge and The Fall mingle effortlessly with unbounded pop on tracks such as ‘It’s So Hard to be Happy.’

Acorn Man will be released on 8th December 2014 via Damaged Goods.

Childish’s 35 year quest for the ‘ever essential bones of pop’ bears fruit and remains true to his opening gambit back in 1977. “We write the songs, produce the songs and determine what constitutes success.”

“the most garage and most punk rocker alive”  NME 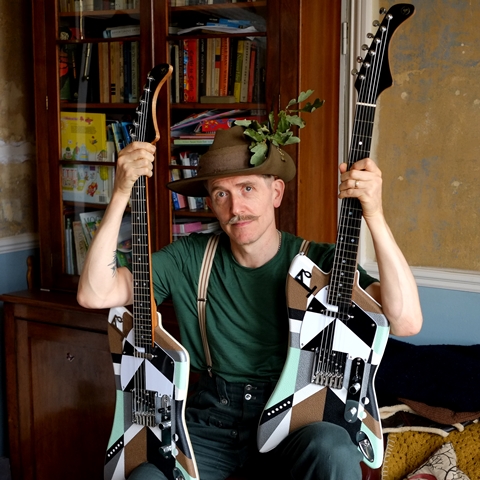