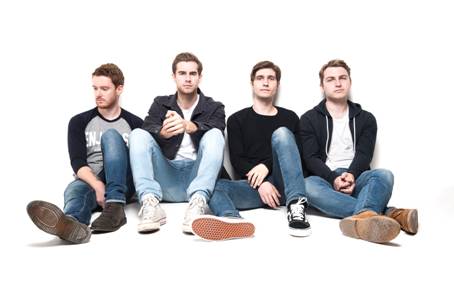 WE ARE THE OCEAN

AHEAD OF THEIR OCTOBER HEADLINE TOUR

Premiered last night as Zane Lowe’s ‘Hottest Record in the World’ on BBC Radio 1 and before heading out on their UK headline tour on October 14th, We Are The Ocean today reveal new track ‘ARK.’ The first new music from WATO since 2012’s ‘Maybe Today, Maybe Tomorrow,’ ‘ARK’ showcases WATO’s mastery of the epic chorus and their touch with driving guitars, whilst bringing in elements of orchestration and the dramatics touched upon on their ‘Live from Middle Farm Studios’ record, featured on the deluxe edition of ‘Maybe Today, Maybe Tomorrow.’ ‘ARK’ is available for free download from http://www.wearetheocean.co.uk.

With strings from critically acclaimed composer Simon Dobson (Madness, King Blues) and recorded once again with Peter Miles who recorded their previous two albums (Go Now and Live & Maybe Today, Maybe Tomorrow), ‘ARK’ is very much a continuation of the second era of We Are The Ocean, with Liam Cromby flexing his vocal talents fronting the band once again, joined by Alfie Sculley on lead guitar, Jack Spence on bass and Tom Whittaker on drums.

Taking in 10 dates across the UK, WATO will take new music out on the road amongst old classics. These shows will represent the bands first live outing, since bringing their 2012 UK tour to a stunning climax at London’s Koko. Joining them on the road will be Kerrang ‘Best British Newcomer’ award nominated Decade along with Newcastle foursome, Boy Jumps Ship. WATO will also play a standalone show in Norwich at the beginning of the month, with support from Yearbook and Under the Influence.