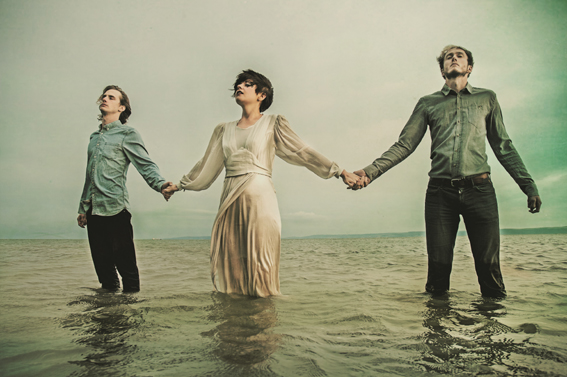 “Both enchanting and haunting, there is something almost otherworldly about the sounds they produce.” – Clash

“You can’t help but fall a little bit in love with them.” – Sweeping the Nation

“if you don’t shiver at the sound of Rebecca’s voice then you must have no soul.”
Echoes and Dust

Watch the stunning video to the single ‘Breathe In’ HERE
The song ‘Breathe In’ tells a tale of frustration, fear and urgency.  Shot in and around Cardiff, the Welsh creative team at Storm and Shelter have carefully crafted a visual representation of this, interwoven with performances from the band.  A man and woman embrace each other underwater, but the woman becomes lifeless, starved of oxygen. In desperation the man pushes her to the surface, chasing the breath that will save her. The video was directed and produced by Josh Bennett, Gruff Vaughan and Nick Patterson.
Golden Fable are Rebecca Palin, Tim McIver and Jack McCarthy, and together they create music described by The Line Of Best Fit as “nothing short of inspirational”.  Hailing from the foothills of mountainous north Wales, Golden Fable compose their music within its abundant, richly varied landscape.  Pairing these organic influences with modern instrumentation, debut album, Star Map released in 2012 was constructed from electronic beats, synths and processed effects alongside guitars, pianos and strings.Twelve months of writing and evolving followed, and the band resurfaced from their creative retreat with second album, Ancient Blue.  Recorded with David Wrench (Bat For Lashes, Caribou) and Jimmy Robertson (Anna Calvi) in Snowdonia,  Ancient Blue is impassioned, intense and bolder than its predecessor. It is both strident and intimate, reflecting the intrinsic connection between human forces and natural forces.

Throughout Ancient Blue, Golden Fable move effortlessly between the heart-wrenching stillness of Low or Dead Can Dance, and the textured, melodic electronica of The Album Leaf or M83.  ‘Breathe In’ utilises synths, electronic drums and a much fuller guitar sound to create a buoyant, boisterous mood. 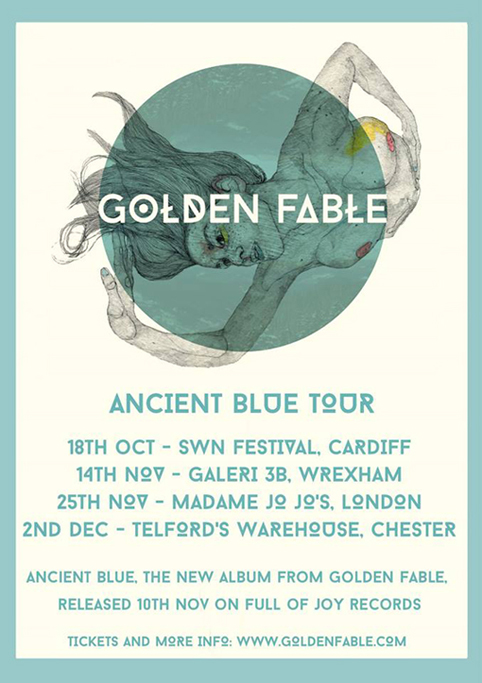