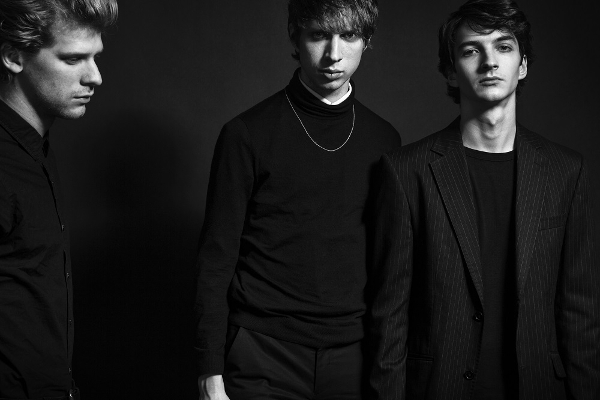 Dark Danish post-punks Shiny Darkly have unveiled a live video of their forthcoming single ‘Soft Skin’, performed at the Royal Danish Academy of Music. Watch on YouTube now. The band played at the historic academy ahead of their London live shows which begin next Monday – the day ‘Soft Skin’ receives its official UK release date.Last week Shiny Darkly released the stylist music video to ‘Soft Skin’, which can be viewed on YouTube now.

Having already played shows across Europe and the US, performing at festivals including Roskilde Festival, Iceland Airwaves, Reeperbahn Festival, Eurosonic Festival and SXSW, Shiny Darkly have their sights firmly set on the UK. ‘Soft Skin’ is the first track to be taken from the band’s debut album Little Earth, due for release in 2015.