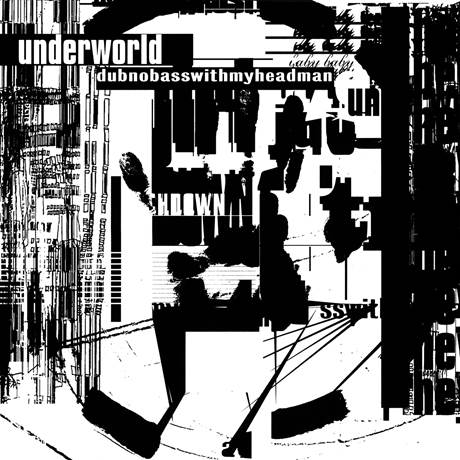 Following glowing reviews across the board for both the 20th anniversary deluxe reissue of dubnobasswithmyheadman plus their sold out show at The Royal Festival Hall, and in anticipation of their March 2015 live dates, Underworld have released a 2 part mini documentary on their aforementioned seminal album.

“A revolutionary record” The Quietus

“Underworld didn’t fulfil a niche, they created one” GQ

“Twenty years on, it still sounds magnificent” The Guardian

“A throbbing crescendo of electronic exhilaration” The Times

“dubnobasswithmyheadman changed the idea of what electronic music could be – lyrical, personal, introspective and human” Time Out

“Dance music utterly unlike any other dance music” Mojo

“A truly magical work that firmly belongs in the upper echelons of British music. A triumph of heart and machine. Outstanding” Louder Than War

“Hear how hard Dubnobass still resonates: this was an album about community, about coming together through shared experiences—a chance to take club culture out of the club without losing a shred of nuance or sheer visceral excitement. Their ambition was completely off the charts”  Pitchfork

“One of their most celebrated records” Resident Advisor

“Dubnobasswithmyheadman was a heady concoction of songs-not-songs; something that worked in clubs, yet had structure, melody and at times seemingly random lyricism threaded throughout”  Thump

“Dubnobasswithmyheadman reached out beyond the electronic music scene due to being such a visionary collection of tracks. 20 years down the line it’s proving to be just as influential musically, it’s power undiminished in any way with time” The Line Of Best Fit

“Underworld’s first proper album was something of a game changer. Along with classic LPs from Orbital, The Chemical Brothers, The Prodigy and Leftfield, it ushered in the age of stadium techno, laying to rest any lingering doubts that dance music couldn’t work as a cohesive album sound” The Ransom Note

“A thrilling listen, fusing dub, electronics, house and techno into one imposing brew. It’s the sound of ground being broken” Clash

These unique and intimate performances will take place throughout March 2015 across UK and Europe. Each night, Underworld’s Rick Smith and Karl Hyde will perform their classic landmark work in full.

Tickets are available now via underworldlive.com/events

dubnobasswithmyheadman was hailed as a game changer on release at the start of 1994. Two decades on, it is unarguably one of the most influential British electronic records of all time – a signpost for everything from dance music’s easy relationship with festival main stages, to the radio and globe-conquering EDM phenomenon. The 20th anniversary reissue is available now.