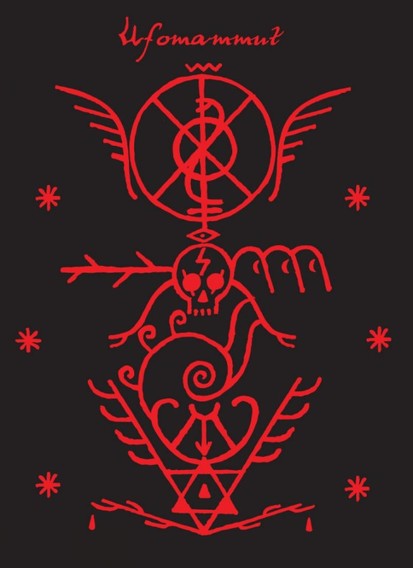 XV, the DVD documenting the fifteen years of Ufomammut’s intense lifespan to date, is released via the band’s own Supernatural Cat Records, and in celebration, the band has posted a special video which was created for the track “Zerosette”, hailing from their 2000-released debut LP, Godlike Snake.

Since 2013, Ufomammut has been working on a special video project documenting their discography and live delivery, now available as XV. The band’s visual elements are of equal importance as their music, with virtually every album created with a video counterpart specifically made for said release and their corresponding live performances. The DVD features over three hours of footage –  including Magickal Mastery Live, a twelve-song live set – interviews, outtakes, and extras, all documenting these first fifteen years of the band.

A mini-documentary including several minutes of interrogations with all three of the members and some brief live footage sampled from XV is also available to watch (direct link: http://youtu.be/KVx_eaUqumE)
Orders for the XV DVD can be placed through Supernatural Cat, where one can also purchase the release on a special wooden 8GB USB drive version. The digital audio version of Magickal Mastery Live will be released via iTunes on October 20th; preorders are available now.
Ufomammut has also just completed the primary tracking of their highly anticipated new album due for release in early 2015 via Neurot Recordings, who also released the band’s mammoth two-album ORO series in 2012. The band will complete the synths and effects in the coming days and mix the album in Rome before the end of the month. Additional info on the upcoming album will be released in the coming weeks upon its completion.
http://www.ufomammut.com
http://www.facebook.com/pages/UFOMAMMUT/83336386071
http://www.supernaturalcat.com
http://www.malleusdelic.com
http://www.neurotrecordings.com
https://www.facebook.com/neurotrecordings