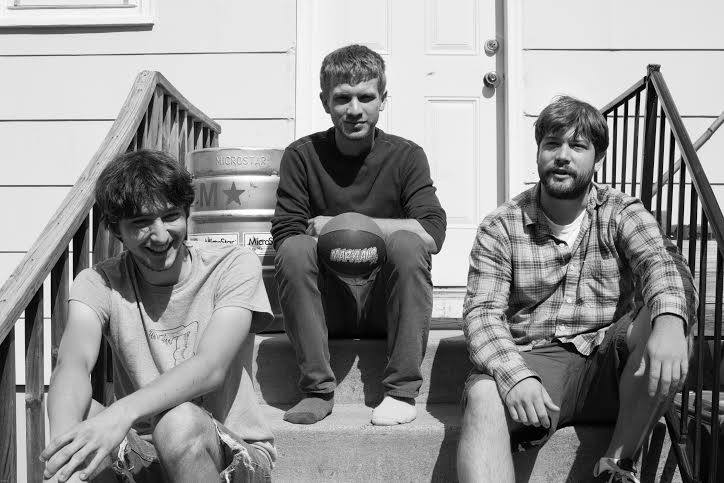 Two Inch Astronaut Share “Part Of Your Scene” on Stereogum

Sophomore Full Length, Foulbrood, due out November 25th via Exploding In Sound Records

Two Inch Astronaut are sharing their infectious new single “Part of Your Scene,” the second taste from their upcoming record, Foulbrood. Stereogum calls the track, “unpredictable noise-rock that hits you with piercing, angular guitar riffs one moment, only to hook you with an emotive melody the next.” The song, a live staple for the band over the past year has become a fan favorite, a dynamic punch to the gut as only Two Inch Astronaut can offer.

The band will play CMJ this week with an official show at The Trash Bar on Friday, October 24th as well as an unofficial showcase at Silent Barn on Saturday, October 25th. The Guardian included them in their “19 Bands to See During CMJ” stating, “Maryland band Two Inch Astronaut play their guitar riffs from oblique angles, like light bending menacingly through glass. It is to their credit that all of their misdirection tends to cohere into really absorbing songs.”

When asked about “Part of Your Scene,” Two Inch Astronaut’s guitarist/vocalist Sam Rosenberg spoke about writing the song, “The riff from “Part of Your Scene” actually came about when we were in practice trying unsuccessfully to impersonate the band Dead Wives. It was pretty much written in one day and wasn’t really tinkered with after that, which is highly unusual for us.”

When asked about the lyrics he shared, “It’s about how bratty and unattractive people (bands) can become when they feel like their art is unappreciated.”

Stream “Part of Your Scene” by TWO INCH ASTRONAUT via Stereogum:
http://www.stereogum.com/1712337/two-inch-astronaut-part-of-your-scene-stereogum-premiere/mp3s/

Stream “Part of Your Scene” by TWO INCH ASTRONAUT via Soundcloud:

Set for release on November 25th, 2014, the album arrives just in time for the holidays, the gift that keeps on giving. The Colesville, Maryland based trio have perfected their warped and twisting post-hardcore, post-punk, post-feelings brand of indie rock since last year’s official debut, Bad Brother. That record, along with their previous self released EPs, set the standard for Two Inch Astronaut’s post-punk meets art rock influenced indie sound of carefully intertwined melodies, tangled chords and complex rhythms. Foulbrood ups the ante… way up. The riffs are heavier, the melodies are sharper, the hooks are catchier, and the songwriting has become increasingly more clever.

NPR Music’s “All Songs Considered” premiered the album’s title track, “Foulbrood” on their podcast. Listen to the show HERE.

Two Inch Astronaut recorded the album at Warrior Camp Studios in Massachussetts as a duo, with Sam Rosenberg (guitar/bass/vocals) and Matt Gatwood (drums) once again working with producer Michael Siegel. The record was written as a trio with former bassist Daniel Pouridas, who recently left the band under friendly circumstances and remains a frequent contributor. Grass Is Green’s Andy Chervenak has stepped in as the band’s full time bassist, and their live shows continue to amaze all those who come across the trio. The band will be playing CMJ on October 24th at Trash Bar and October 25th at Silent Barn as part of Exploding In Sound’s birthday celebration.
Foulbrood is due out November 25th, 2014 via Exploding In Sound Records on vinyl and digital. Pre-orders are available HERE.