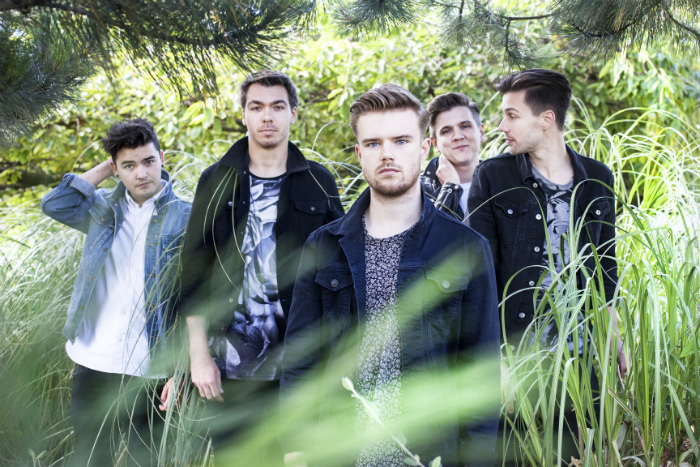 THE WILDE ANNOUNCE DEBUT EP ‘YOUNG LIBERTINE’
Set for self release on 17th November, 2014
Single ‘Until Next Time It’s A One Time Thing’ will precede on 3rd Nov
NEW MUSIC VIDEO:

With musically diverse influences but a definitive collective vision, Yorkshire quintet The Wilde are set to release their vibrant debut EP ‘Young Libertine’ on 17th November. Lead single ‘Until Next Time It’s A One Time Thing’ tracks “a story about forbidden fruit & getting up to no good. It’s about the nature of always wanting something more when you know you can’t have it and knowing you’re in the wrong but wanting to feel the thrill of getting away with something, or even getting caught,” says vocalist Tommy Fleming. It’s an effervescent song with hooks aplenty that embodies the sound of The Wilde. They’ve released a music video to accompany the track which you can watch here. The rest of the EP encompasses a series of frank themes and scenarios including an appraisal of people who use others, a challenging of fake online personas, an exploration of the positives in taking risks and making changes in your life, and not feeling the pressure to conform to any “scene”. It deals with a lot of everyday elements of modern life that any listener will identify with.

Produced by Bruce Rintoul at 45 A Side Studios in Glasgow, the tracks that comprise ‘Young Libertine’ are a collaborative effort with the music conceived by the whole band and both Tommy Fleming (Vocals) and George Oliver (Guitar) writing lyrics. “There’s all sorts of wild effects and unique sounds on the EP & that’s Bruce’s innovation coming to life. It’s a reason we trust him to record & produce us,” says Oliver. “The Scottish rock scene is something that has definitely had a strong impact on us. There’s a great community with musicians & bands up there doing amazing things both nationally & internationally. The studio down the corridor to where we record is Twin Atlantic’s rehearsal space. It’s humbling to hear one of the UK’s most successful rock bands blaring through the wall when you’re recording your debut EP.”

That being said, the band are very much about doing their own thing and creating their own path. “When you’re a young band, at first it’s very easy to get sucked into doing things you see other bands doing. You can become a replica of others quickly & we don’t want that for ourselves. To be able to project ourselves fully is important. We create music, photos and videos that are representative of us all. We use photographers we follow online and all take an interest in fashion so we shot our promos with Stew Bryden. We love the Scottish rock scene, so we record with Bruce Rintoul. We dig Amy Von Crawfords’ modelling work so we used her in our music video. The list goes on.”

As The Wilde so eloquently put it “When you believe in a band, you don’t just buy tickets to gigs, or records because of the music alone, you do it because you believe in who they are. That cycle starts before us & continues after us and that’s really exciting.” Having supported the likes of Blitz Kids, Lonely The Brave and The Dangerous Summer and with plays on Alex Baker’s Kerrang! Radio Unsigned show and a slot on A Wolf At Your Door’s 2013 Unsigned Showcase under their belts, The Wilde have started their career right. And their journey has barely even begun.