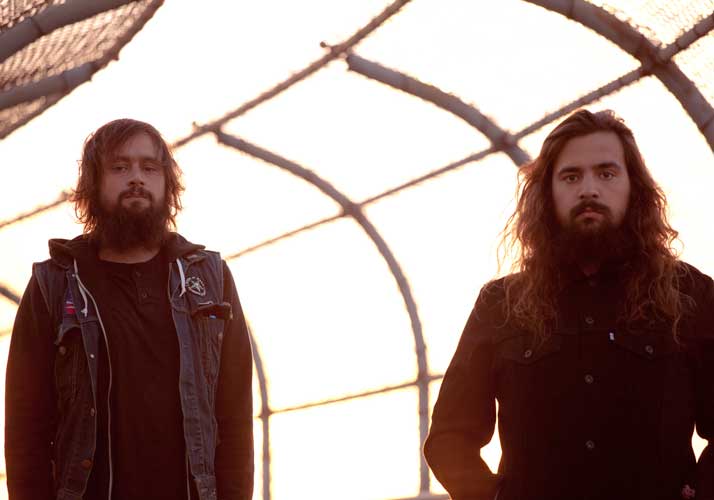 It’s not surprising that The Picturebooks recorded their 2014 album, Imaginary Horse (RidingEasy Records), in the same garage where they regularly refurbish and repair motorcycles and choppers.

The Picturebooks retreated to their “garage” in order to record Imaginary Horse during early 2014. Mirroring their daredevil skateboarding ethos, they broke rules while recording they conjured  true fire in the garage with that astounding, untainted reverb and their personal arsenal of modified instruments. That fire pulsates through the first single ‘Your Kisses Burn Like Fire’. A hulking beat gives way to a bluesy guitar twinge before Fynn howls the titular refrain. Where the title track takes flight on that distorted hum and booming echo before slipping into psychedelic territory.

The Picturebooks take to the road throughout October/November with German rockers Kadavar. Imaginary Horse is out now via RidingEasy Records.