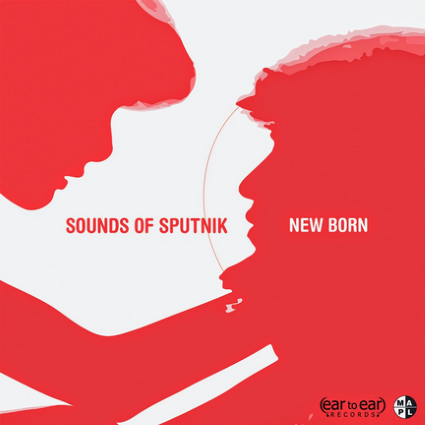 Sounds of Sputnik is the brainchild of Roman Kalitkin, whose signature sound mixes post-rock, shoegaze and dream pop with a slight kickback to noise pop. He draws inspiration from My Bloody Valentine, Jesus and Mary Chain, Ride, Sonic Youth, Happy Mondays, and Slowdive. Dubbing himself a “white crow”, the music he makes has always gone against trends within his home country of Russia, both now as a solo artist and throughout his twenty year career, which has seen him play in various post-punk, alternative and shoegaze bands.

Sounds of Sputnik have paired up with Canadian-Ukrainian duo Ummagma to co-write, produce, and record this album, released on UK label Ear to Ear Records. Ummagma’s Shauna McLarnon and Alexx Kretov both contribute solid warming vocals to the record, which leans heavily on a shared love of melodic dream pop, post-rock and shoegaze.  Each member brings their own influences to the project: aspects of Lush, Curve, My Bloody Valentine and No Joy cleverly blend with Hammock, Jesus & Mary Chain and The Twilight Sad to create remarkable “dream noise”.

The duo Ummagma emerged on the music scene by simultaneously releasing two LPs (Ummagma & Antigravity) in 2012, more recently releasing the double A-side single Rotation and the Lama LP on Emerald & Doreen Recordings. The band has been the focus of a full-page feature in Rolling Stone Russia, won Alternative Eurovision competitions for 2 years in a row (Amazing Radio & Pure 107.8 FM), and received 2 awards at the 2013 Australian Independent Music Video Awards. Ummagma has also caught the attention of Robin Guthrie (Cocteau Twins) and Malcolm Holmes (OMD), who have both remixed tracks for fall 2014 release.

To look at the origins of Sounds of Sputnik, we have to rewind to 2002.  Roman, Shauna and Alexx were making music together until Shauna and Alexx (Ummagma) moved away from Russia. After losing contact with Roman for an entire decade, the three finally reunited last year and quickly began working on new material. This project represents a heartfelt attempt to create something of beauty in the face of the hostility currently occurring between Ukraine & Russia.

Founded in Wales in 2013, Ear to Ear Records specialises in dream pop, shoegaze, and indie rock. Originally working with local bands, such as Lights That Change and Indigo Sky, the label soon grew to also include several bands from Europe and North America, such as Ummagma and Sounds of Sputnik. Ear to Ear recently released an EP by Lights That Change and plans releases in coming months from Indigo Sky, Blood Lips and Tape Runs Out.