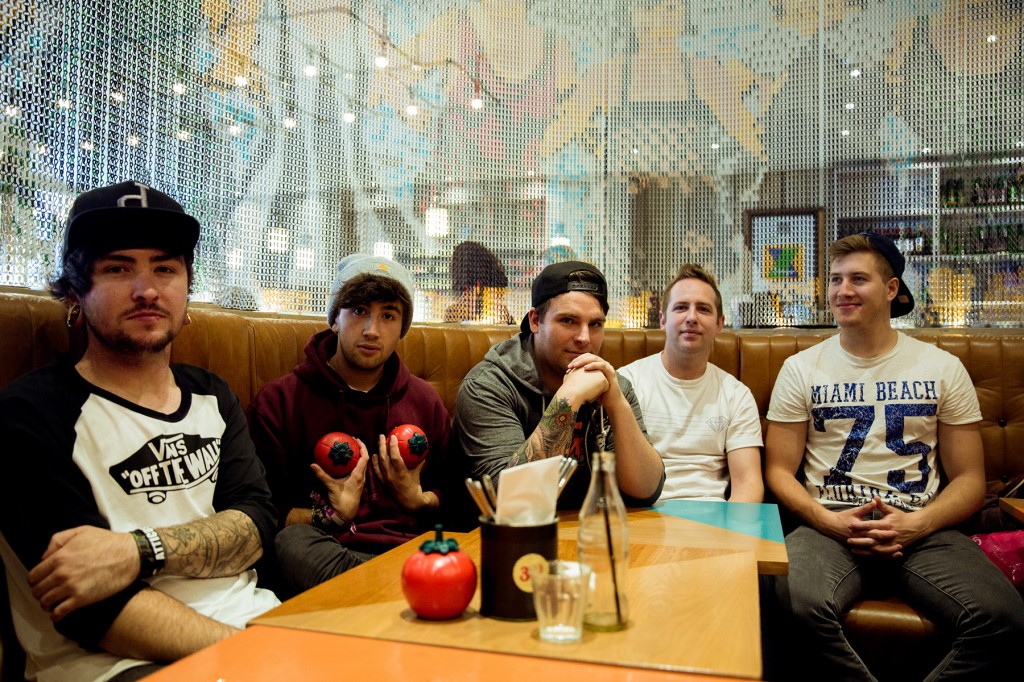 Following hot on the heels of fellow countrymen Neck Deep, ROAM, As It Is and Trash Boat, Brighton quintet Six Time Champion are making their presence felt with storming new five-tracker, Expecting Honesty. “There’s a lot of dishonesty in life,” states vocalist James Dagg, discussing the E.P’s thematic background. “Whether it’s an exaggeration, a little white lie, or someone who will actively be dishonest for some sort of gain, you’ll always end up dealing with people that will lie and be dishonest. And yet, you still expect honesty from people that you deal with in life – being honest isn’t really that difficult.”

In support of the forthcoming EP, the quintet have released the genre-suited, self-made video for title track ‘Expecting Honesty’, which can be seen here: http://youtu.be/Fq1FLu0qIyc. Featuring footage of the quintet during the recording process, vocalist Dagg comments on the format that: “We figured that the most honest video we could make would be one that gave an insight into who we are as people… Most of the video ended up being made of us looking like idiots, so I guess it’s safe to say we accomplished what we set out to do!”

Buoyant with hooks, forthcoming EP Expecting Honesty drives its points home with fiery panache, Six Time Champion’s rougher edge reveals their boisterous live energy. “This our first release created by the whole band, so there’s been a lot of progression and a lot more thought and input from everyone into how the songs are written,” says Dagg; “We’ve also thought a lot about how these songs work in a live setting and have changed them throughout the writing process after playing them at shows, to ensure they can sound as good in a live environment as they do recorded.”