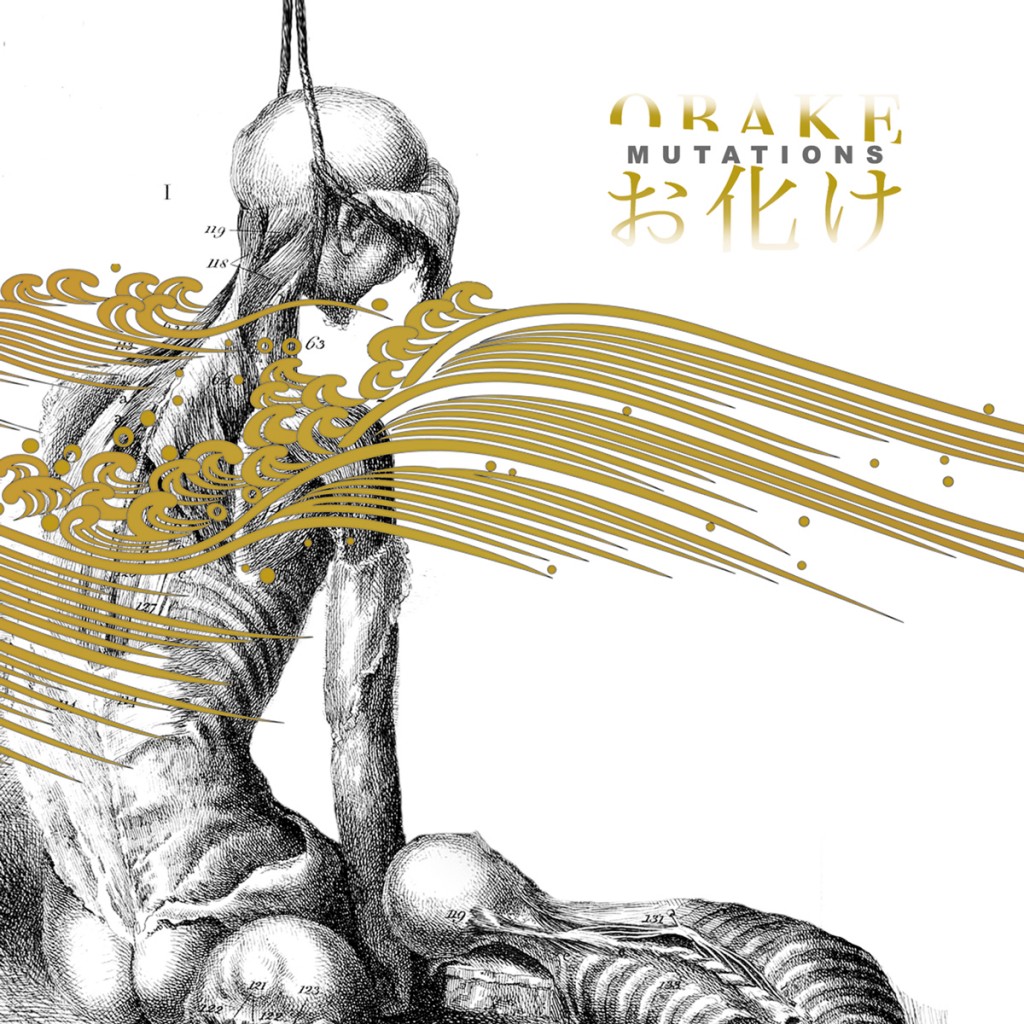 ALBUM RELEASED THIS WEEK VIA RARE NOISE RECORDS
LP RELEASE DATE DECEMBER 1ST
Obake are Lorenzo Esposito Fornasari (vocals, piano, electronics),  Eraldo Bernocchi (guitar, electronics), Balazs Pandi (drums) and Colin Edwin (Porcupine Tree – bass). Mutations is the second album by Obake, released this week via Rare Noise Records.
You can stream the album in full at the following link:https://soundcloud.com/rarenoiserecords/sets/obake-mutations/s-3IdKb
Mutations arrives at the place where the energies of metal fuse with ambient electronica, jazz, and noise with the precision of math-rock and the groove of blues. Obake’s sound harks back to the dawn of hard-rock, drawing upon a variety of influences from Sunn 0))), Popul Vuh, Ashra Tempel as much as Slayer, Tool, Melvins and Coil. Obake are made all the more distinctive by the fluid lyrical delivery and musings of a commanding operatic voice.
Imposing in its darkness, encompassing in its beauty and ever powerful, Obake have lost not of their might since the release of their debut, if anything, with Mutations, they are more captivating now than ever before.  Obake have taken their influences and created something that is uniquely their own.
Mutations was recorded by Daniel Sandor at Metropol Studio in Budapest, produced and mixed by Eraldo Bernocchi and Lorenzo Esposito Fornasari at The Place in Tuscany and mastered by Michael Fossenkemper at Turtletone Studio – NYC.
TRACK LIST
1 . Seven Rotten Globes
2 . Seth Light
3 . Transfiguration
4 . Thanatos
5 . Second Death Of Foreg
6 . Burnt Down
7 . M
8 . Infinite Chain
Obake are to perform the following upcoming shows this December, here are the dates which have been confirmed so far:-
TOUR DATES

“Mutational avant-metal…which shifts seamlessly between doom, jazz, ambient, opera, drone and death metal.” – METAL HAMMER
“Their sonic shadowplay blends marauding doom with velvet synths and operatically inclined singer Lorenzo Esposito Fornasari’s whisper-to-wail range.” – MOJO
“…switches between a doomy drone that descends into squeals as if a demon’s writhing in pain, and the ambient sounds of benign ghosts. It’s brilliantly unsettling.” – BIZARRE
“For all their awesome might, its Obake’s restraint which gives them their power.” – ROCK A ROLLA
“In short, Obake is a refreshingly diverse piece of work that plays on the hallmarks of slow and sludgy heaviness attributed to ‘doom’ or ‘stoner rock’, but raises the bar in terms of experimentation and integration of different styles to illicit similar effects of devastation, destruction, fear and ruthless headbanging. It’s an album you can trash your room to then spend seven stoned minutes of ball-tripping ambience contemplating what you’ve just done.” – DROWNED IN SOUND
“Yet more proof, if it were still needed, that heavy metal continues to throw up a sizeable chunk of the most forward looking music being released at the present moment.” – QUIETUS
“In Japanese folklore, an obake can either be a ghost or a shapeshifter, but no matter what definition you choose to adopt it’s an apt moniker for this contorted chimera. Opening with a car-crushing weight of sheer doomy monstrousness, bassist Massimo Pupillo (of Zu infamy) delivers groove after groove of rumbling, insidious horror while Lorenzo Esposito Fornasari shifts his voice from infernal operatics to slithering growls with each off-kilter progression. But then they go and flick the rug from under the feet, suddenly taking the heaviness to new depths with brain-scraping atmospherics that slowly and irretrievably draw you into a hellishly unpredictable dimension. After that, all bets are off. The doom returns but with a new, twisted manifesto, propelled by deranged howls, guitar passages that jerk to and fro with beautiful abandon and jilted flutterings from Balazs Pandi’s kit. It’s not a traditional dish by any means, but by God is it exquisite.” – SKINNY
“Obake have produced an album that resonates, a truly captivating and at times unsettling listen that if you permit you will lose yourself within; in simple terms it’s a doom metal album, but this is so much more ambitious and even experimental which is down to the abilities of the musicians involved – if you have ever listened to Earth, Sunn O))), Popul Vuh or Coil then Obake are worthy of your attention… Just don’t go on your own…” – LOUDER THAN WAR
“They adopt their most enticing forms during the opening and closing stages. “Human Genome Project” kicks the whole thing off with the album’s most ferocious riff, with bass slides rising and falling within it like a revved engine. “Dog Star Ritual” continues the theme, with Fornasari already firmly establishing his quirky, schizo instability through his multiple vocal personalities. Meanwhile, “Grandmother Spider” takes the album to its close on gloomy guitar drones, which surge into the soundscape like sharp breezes rushing through dark, labyrinthine caves.” – ATTN
“For those new to music of the bowel quaking persuasion this wonderful, consistently surprising debut album comes highly recommended” – SUBBA CULTCHA