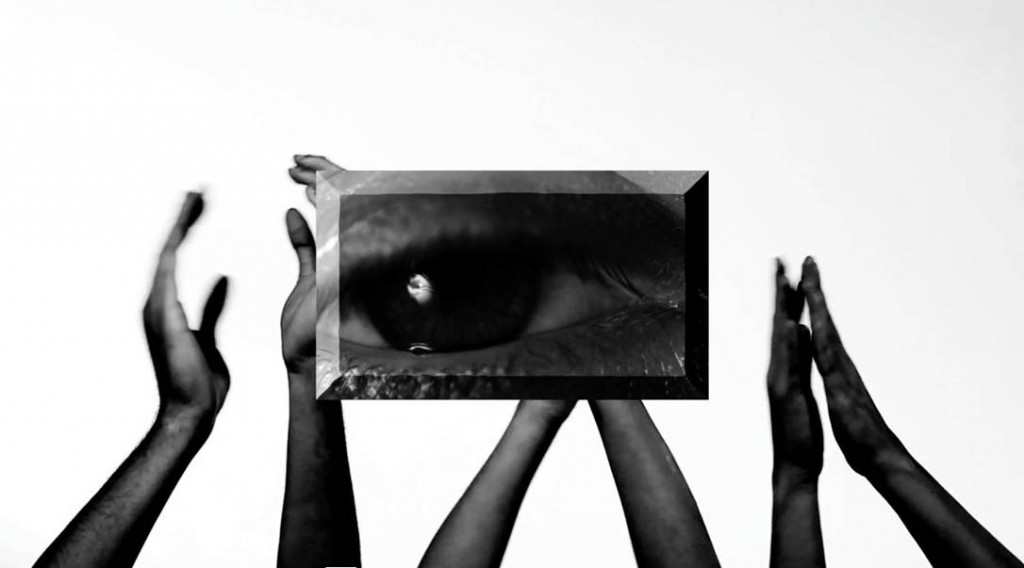 Experimental duo Lovechilde have unveiled the startlingly creative and unique visuals to accompany the song ‘Séance For St. Sebastian’. Watch now on Vimeo.Combining computer generated images and live footage, the video envisions the user interface of a future operating system, which allows users to communicate with a Kurzweilian, post-human spirit world. The haunting clip is a collaboration with Lovechilde’s Thomas Eliot Dodd and director Matthew Reed, who has created visuals for the likes of Becoming Real, Cymbals, Crocodiles and Being There.

‘Séance For St. Sebastian’ is taken from Lovechilde’s debut album Doorway to the Cesspit, released Nov 24th via Childe Records. Produced by Lovechilde and Misha Herring (with drums from Virginia Wing’s Sebastian Truskolasky) the album mirrors its abrasion with intuitive instrumentation and a forward-thinking approach to songcraft. Made without thought to traditional genre convention, Lovechilde’s music touches on elements of krautrock, leftfield electronica, drone and shoegaze.