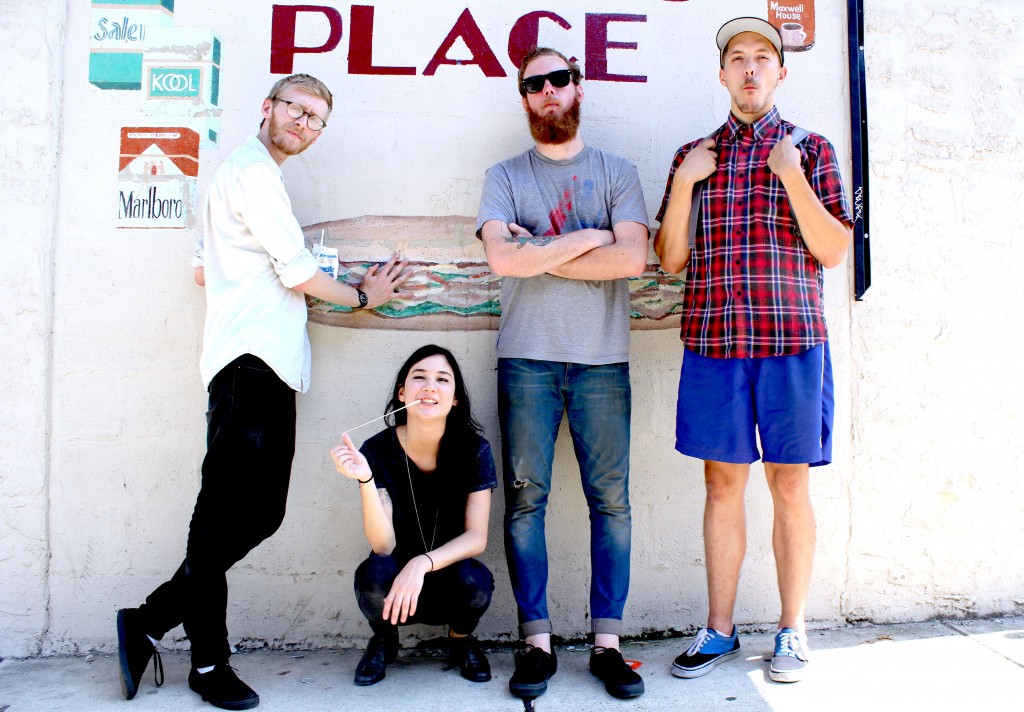 Little Big League’s exceptional sophomore album, Tropical Jinx is out today via Run For Cover Records. The album premiered last week via The AV Club who stated the album, “confidently craft its own unique take on this kind of punk-adjacent indie-rock,” while adding, “confidence spills out of Zauner, giving Tropical Jinx her most incisive lyrics”.

Bridging the gap between 90′s college radio, mid-period Saddle Creek, and many of their Philly indie peers, Little Big League fuse angular, guitar driven songs with Michelle Zauner’s dynamic voice and sharp lyrics, creating some incredibly infectious music. The band have built a strong reputation for the live performances having toured with Foxing, The Hotelier, PAWS, LVL UP, and many others.

Little Big League are celebrating the album’s release with two exciting shows in Brooklyn and Philadelphia in early November. Details for the shows can be found below.

Tropical Jinx is now available via Run For Cover Records and iTunes. Produced by Little Big League, Dan Angel & James Ryskalchick and mixed by Dob & Jake at the Sex Dungeon in Philadelphia. Mastered by Alex Santilli at Spice House Sound.

“…starts off tightly coiled and claustrophobic before opening up and unknotting halfway through, right around the time Zauner gasps out, “I fell from a great height and woke up screaming.” …it’s another strong song from their upcoming record, Tropical Jinx, and one that shows that they’re one of the more interesting bands on the front lines of the ’90s revival.” – Stereogum