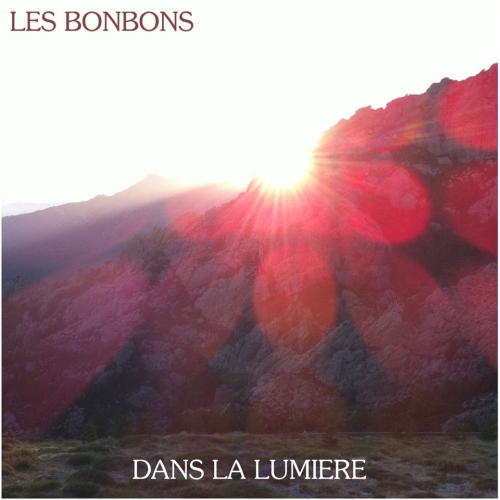 Intoxicating cross-channel ensemble Les Bonbons are sharing the video to the majestic ‘Dans La Lumiére’, one half of their double-A-side 7” vinyl, out now on Ciao Ketchup Records.

Taken from Les Bonbons’ self-titled debut album, to be released on November 17, ‘Dans La Lumiére’ finds the band at their most reflective and tranquil. A gorgeously immersive mini-symphony that could stir the soul of Satan, ‘Dans La Lumiére’, or ‘Into The Light’ as the English may prefer, is a dreamy orchestral mélange of swirling keys, strings, chiming guitar and choral harmonies underpinning singer Fred’s musings on beauty unconfined. For a composition of such easy splendour, with its haunting, film-score feel, the accompanying video is suitably cinematic, featuring hazy footage from a trés bon voyage, as Les Bonbons take a trip, deep, deep Into The Light.
The 7 inch vinyl release
The other side of this exclusive 7” vinyl is the roisterous ‘Nouveau Départ’, featuring Finn Andrew from The Veils. Listen Here
About Les Bonbons
An innovative assemblage of virtuoso troubadours, Les Bonbons perform vagabond pop that resonates with a shimmering wall of sound, pumped up with strings, brass and a choir of charismatic song. Their tunes stagger and swagger the streets of old London town, leaning on the murmured bon mots, sometimes sung, sometimes whispered, of vocalist Fred. Meanwhile, guitarist Billy jives like Django, sometimes with a rock’n’roll swing, sometimes with a campside flourish. Like a Franglais mash-up of The Divine Comedy or a Gallic Jarvis Cocker at a gypsy jazz bacchanal, Les Bonbons are an enthralling and intense proposition. Magnifique, mes amis, magnifique.
See Les Bonbons live in 2014:
October 30: The Finsbury, London N4
November 15th: Le Pop’in, Paris
Nov 21st: Album Release Party (Warehouse) Unit 4, 25 Elkstone Road, London, W10 5NT
December 12th: The Monarch, London NW1
http://wearelesbonbons.com/