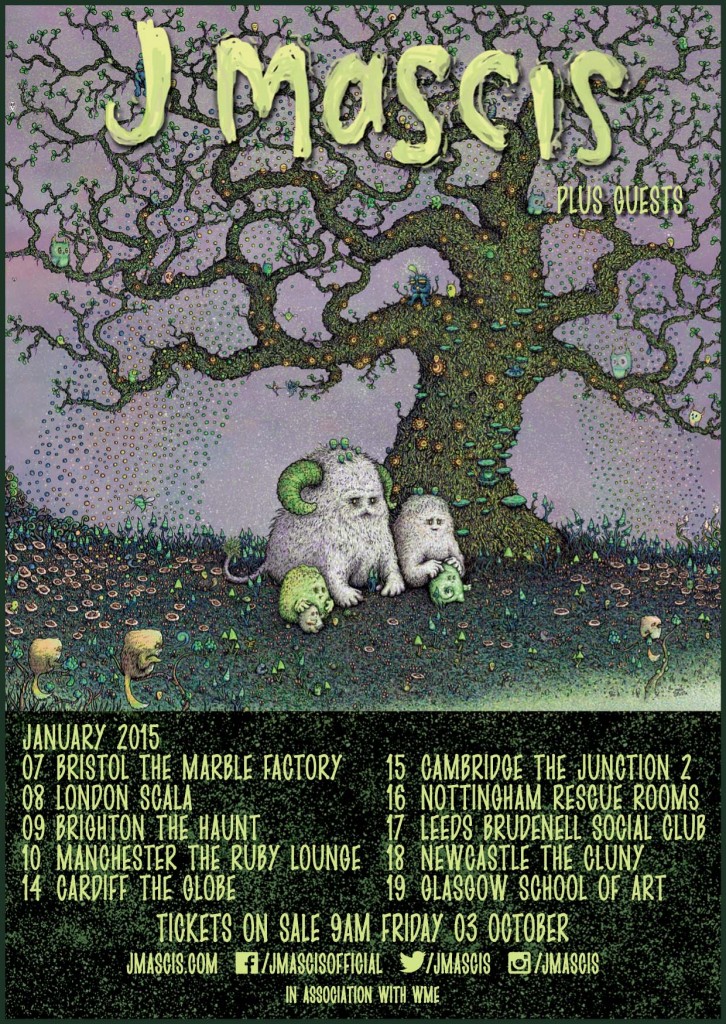 Following the success of J Mascis‘ new solo album Tied to a Star, released on Sub Pop this August, the Dinosaur Jr frontman will be heading back to the UK for a full tour in January 2015 at the dates below. Tickets are available now from www.JMascis.com.

J plays a cult leader in his latest promo video for the track Every Morning featuring American actor Fred Armisen and was recently interviewed by 8 year old Elliott Fullam of Little Punk People. Both videos have splendid moments that you should take 5 minutes out to watch!

Tied to a Star produced by J Mascis and mixed by John Agnello is out now via Sub Pop Records in your local record store or online via iTunes,and Amazon.