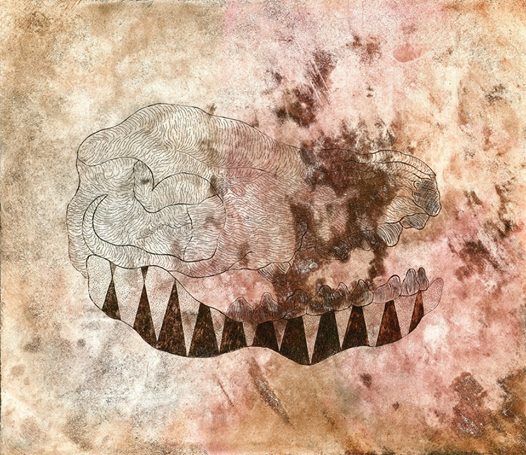 Introducing an act flirting between elements of stoner rock and gritty grunge, a band we urge you to support. Deathbeams are a West London based act consisting of Stanley Gravett -guitar/vocals, Alife Godfrey -bass/vocals, Max Lawrence- guitar and Rajah Nutakki on drums.

Grunge stoners DEATHBEAMS have announced they will be releasing their new single ‘MUD’, backed with ‘SHE’, on a very limited run of CDs and as a Digital Download through GREBO RECORDS on 17th November 2014. The West London-based alternative band have collaborated with Theo Verney to produce their first, label backed, single. Recorded in just one day the song captures the deep, brooding mood and sheer intensity of this band. Theo’s mixing and mastering goes on to encapsulate the passion of their sound.

The band focus on their influences from bands such as Kyuss of the 90s and Black Sabbath of the 70s giving a modern feel and vibe to a classic sound in a new and empowering way. Emerging from the drunken festival scene this bunch of friends come together to share their passion for music in this tightknit band of brothers that are “Deathbeams”.

The band are on the edge of big things, and as their support base grows their talent is projected further. Today Deathbeams unveil their new single release we have the privilege in streaming the release below, the compositions bursting with potential.  Monotonous hard hitting riffs present throughout and assisting the full bodied sound that the quartet project.

Deathbeams have been playing shows up and down the length and breadth of the UK from established venues to DIY shows in bars and basements.

This is an act to support , as not only is this a promising year for the four, but they are destined to release more incredible follow ups.

Aspiga Stream New Album, “What Happened To You?” Via Alternative Press‏