Following on from his previous two albums, The Hardship Diaries and Dreamoirs, Journal of a Journey Buoy continues his exploration of life through the eyes of a touring singer songwriter. Drawing parallels with his live show, the music is stripped down and is simply presented as one man, his voice and his guitar. There’s a brutal honesty to the lyrical content that Dave explores, unhindered by overcomplicated production, with Dave’s powerful vocal range and talented guitar playing able to shine through beautifully.

Dave McPherson began his solo career in 2007 when, one day, he strapped his guitar on his back, hopped on a train and couch surfed around the UK playing shows to anyone who’d listen. 900 solo shows, and a number of EP’s later, Dave released The Hardship Diaries via Pledge Music to a swell of support. While Dave’s solo project is completely removed from the alternative metal produced by InMe, the band in which he made his name, he feels that the medium in which he currently inhabits is the most accessible and important way for music fans to gather a true representation of what an artist is all about.

This year has seen Dave take to the stage at Download Festival, Sonisphere, 2000 Trees and Y-Not Festival, and over the course of his career he’s been privileged to support the likes of Charlie Simpson, Devin Townsend, Andy Cairns and Big Country (to name but a few).  It goes without saying that a musician so enamoured with the intimacy of live performance will have more than a few future dates before the year is up.

Journal Of A Journey Buoy is released 3rd November 2014 via Pledge Music. 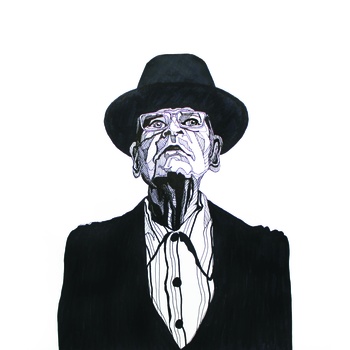