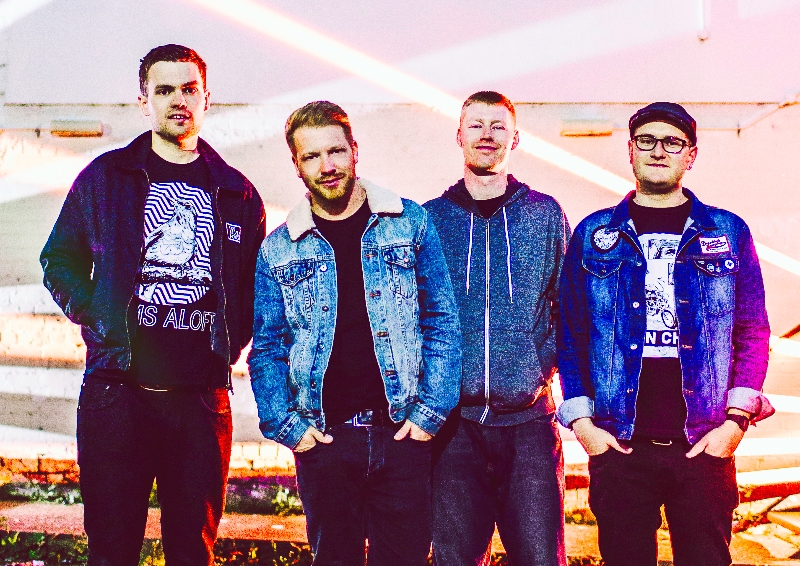 Guerrilla Monsoon (Birmingham, UK) will be releasing a new eight track 10” EP titled ‘Big City Plans’ via Paper + Plastick (US) and Beach Community (UK) on 27th October. In anticipation of the release, they’ve just unveiled a new music video for ‘Whisky & Wine’ which sees the band infiltrate a record store, not so surreptitiously. Side A of the EP features four brand new tracks, with Side B consisting of some cuts previously heard before in various guises. It will be released both digitally and on limited edition colour vinyl, with different variants available through Paper + Plastick and Beach Community.

A gruff, emo-tinged, punk rock ride, lyrically, the songs on ‘Big City Plans’ centre around themes of personal reflection, journeys and dealing with the ups and downs of relationships (that are inevitably effected by the band members’ touring schedules). As part of their plan to play as many shows as humanly possible (let’s get some more lyrical inspiration on the go!), the band will be touring tirelessly around the UK through September and October before heading over to the US for an appearance at the famed FEST in Florida.

Guerrilla Monsoon formed from the ashes of a number of hardworking UK bands (including Shermer, Hopewood, Cannons & Tanks, Big City Plan & Sunset Cinema Club) in December 2013 and recently released a Split 7” with New York’s Gameday Regulars via Paper + Plastick and All In Vinyl.