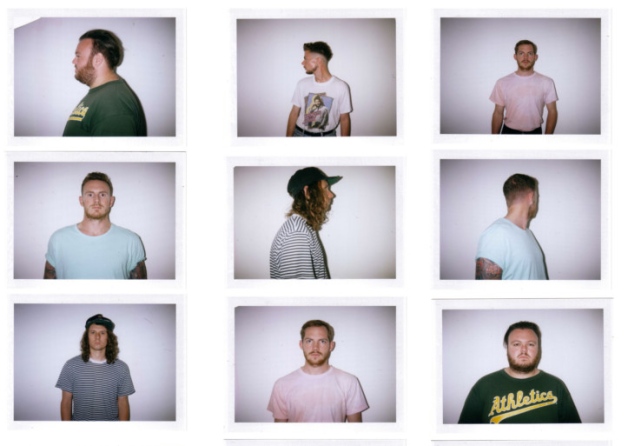 “A Colourful and hazy mash of reverb, synths and guitars with melody in abundance” – NME Magazine
“Marvelling combination of heady tropical pop” – DIY Magazine
“The irresistible ringing of the layered synths and guitars immediately invokes desirable, sweltering visions so sugary and dreamy, they leave you feeling free and on a youthful high” – The Line Of Best Fit

Typically vibrant and hazy, the two new tracks ooze melody in abundance, underneath a blanket of rich reverb and layered vocals. Whilst theirs is a sound perhaps easier to associate with summer than it is any of their contemporaries, the band do cite Fleetwood Mac, Cadillac Cars, Kate Bush and, of course, pictures of frontman Scott’s Uncle – the unwitting cover star of previous track ‘Foreva’- as influential figures. Of working with Richard Formby on the AA single, the five-piece confessed that “it made sense that he be the first person to take our songs from the bedroom to the studio; it was just a really organic experience, you can even hear Richard playing on one of the tracks.”

The concept of Goodbye Chanel was born across one summer spent travelling through Paris, Berlin and Brighton. It quickly became the fully established five-piece band it is today when close friends Scott Johnson (vocals & guitar), Giuseppe De Luca (vocals & guitar), Adam Taylor (bass), Sean Goodchild (guitar) and Graham Robson (drums) got together to work on songs in their native Leeds. Crafting their own brand of multi layered vocal hooks and manifesting a world of melancholic angst with accessible pop melodies and lyrical nostalgia, Goodbye Chanel have attracted early praise from the likes of NME Magazine, DIY Magazine, The Line Of Best Fit and Dummy.