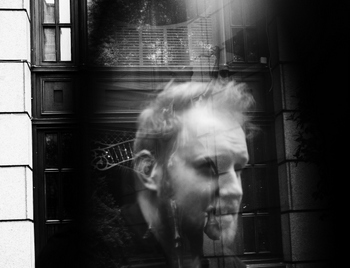 Dublin’s Gavin James will release his ‘Live at Whelans’ album on December 3 via GS Believe: a new track from it, the beautiful ‘Nervous’, premieres today, and is available immediately when pre-ordering on iTunes. A deluxe CD edition of the album is available now, here.

The 22-year-old has already won Ireland’s answer to the Mercury (the Choice Music Prize for ‘Song of the Year’) and seen his debut EP (‘Say Hello’) remain on the Irish chart for over 6 months. This rise and development in his home market has gained Gavin sell-out headline dates and wider support tours with the likes of Lianne La Havas, Beth Orton, Kodaline and Marina & The Diamonds.
A snapshot of this ascent, ‘Live at Whelans’ is a selection of all-new songs, performed in the stripped-back environment of a rapturously-received hometown show. The first track to be lifted from it, ‘Nervous’, is a pin-drop account of a one-sided relationship: from that initial fear of your first meeting to the gradual realisation, by the end of the song, that perhaps they were never who you thought they were (and it’s best to forget about them).
‘Nervous’ is held together by James’ sweet, soulful voice, and it’s arguably in his blood: Gavin’s great grandparents on his mother’s side were both famous Irish Opera singers and had their own albums released in the early 1900’s. He started playing the guitar at the age of eight, gigging around Dublin’s Temple bar and slowly growing in confidence – a rapid rise which is captured in the celebratory tone of ‘Live at Whelans’, and looks set to be replicated worldwide with the release of fleshed-out studio recordings and his debut album next year.