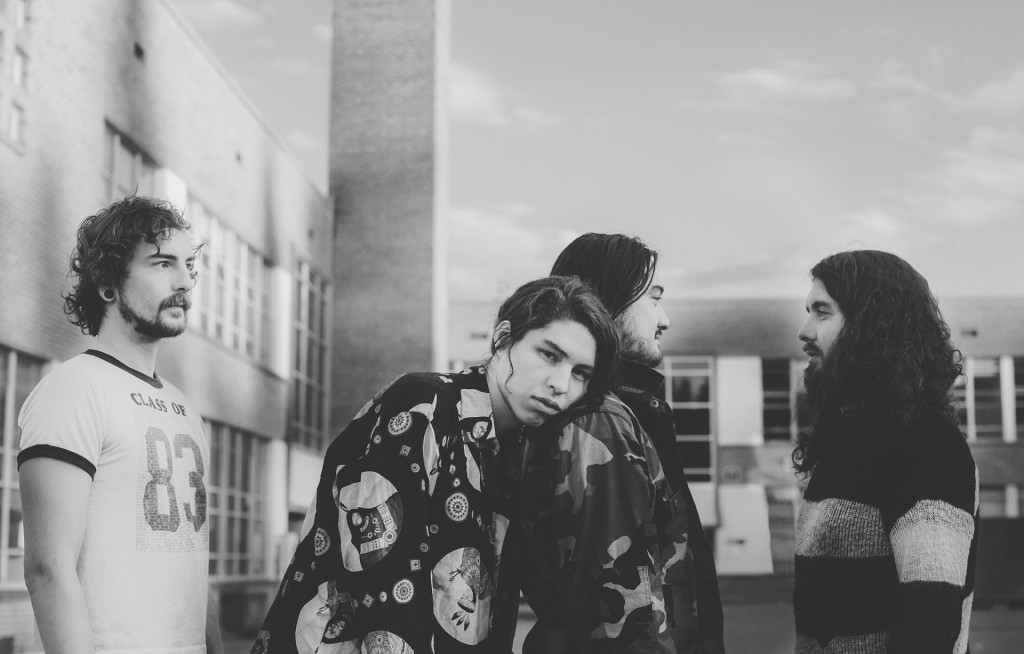 “Track of the week” – Classic Rock Magazine
“Heavy, rhythmic and loud” – The Blues Magazine
“Punk rebellion mixed with bluesy guitars…this could well be the album you’ve been waiting for” – Blues Matters
“Pure rock and roll with liquid TNT in their veins” – Do206
“A garage rock album through and through. Raw and jagged in all the right places” – AltSounds
“An uninhibited barrage of hard rock” – Drunkenwerewolf
“A garage rock riot packed with youthful energy” – Glasswerk

Following a whistle-stop tour of the UK last month plying their searing garage blues across the country, Seattle quartet Fox and the Law continue their attack on our shores with an advance stream of their third album ‘Stoned To Death’ today – the stream premiered with Brooklyn Vegan yesterday in the US.

The album has already drawn praise from Classic Rock (who picked lead single ‘Cheap Talk’ as their track of the week), The Blues Magazine, Blues Matters and a host of online blogs heralding their retro-rock as a refreshing and meaty slab of riffs for fans of Royal Blood, Jack White, Arctic Monkeys and Led Zepellin.

Since their 2010 formation they’ve become known as the go-to band in the Emerald City for a raucous, beer-soaked party. With the UK release of their third LP Stoned To Death on the horizon on 1st November via Failure By Design Records, they’re intent on bringing that party to British audiences.

Founder Guy Keltner (guitar, vocals) has worked with Dan O’Neil (drums), Patrick Dougherty (bass), and Peter Williams (guitar) to fulfil his vision of what a rock and roll act should be: heavy, rhythmic, and loud. They’ve had their fair share of scrapes too, with Keltner contracting the disease scarlet fever whilst recording their debut album leaving him with little other choice than to call the LP – you guessed it – Scarlet Fever.

Strong influences include T Rex, The Stooges and Stevie Ray Vaughan and the band have recorded albums with Martin Feveyear (Mudhoney, Queens of the Stone Age, Modest Mouse) and Graig Markel (Band of Horses, Nada Surf) who is the man at the production helm on Stoned To Death.