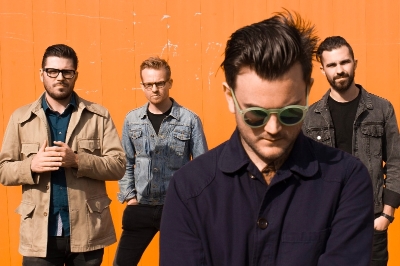 ‘FARADAY CAGE’
NEW SINGLE – NOVEMBER 24TH
+ ESCAPISTS COVER TALKING HEADS
“For a band as fresh as Escapists, covering a legendary band like the Talking Heads would seem like a pretty lofty task, but they tackle it head on and pay a fantastic homage to the band while making it their own in all the right ways.” – The 405

Escapists return with new single ‘Faraday Cage’. Led by jittering, twisting guitars, the single – and opening track of recently released debut album Only Bodies – is a striking example of the band’s unfaltering ability to craft powerful anthems. Escapists’ beautifully realised message of elation in ‘Faraday Cage’ is in perfect juxtaposition to their signature sound of dark incendiary indie rock.

To mark the announcement, the London collective have unveiled their striking cover of Talking Heads’ ‘This Must Be The Place’. Premiered at The 405, they said, “Escapists released one hell of a fine debut album with Only Bodies, and it seems their covers game is pretty great too.” The cover is a fantastic homage to its originators’ new wave aesthetic, yet clearly branded with the unmistakable stamp of Escapists’ dark danceable overtones.

LISTEN TO ‘THIS MUST BE THE PLACE’ HERE

Following a triumphant spate of live shows surrounding the release of Only Bodies – including headline London gigs at The Coronet, The Lexington and Upstairs at the Garage – Escapists are due to take to the capital again, with two select support dates, which will continue to cement them as one of the most exiting new bands around – both off and on record.