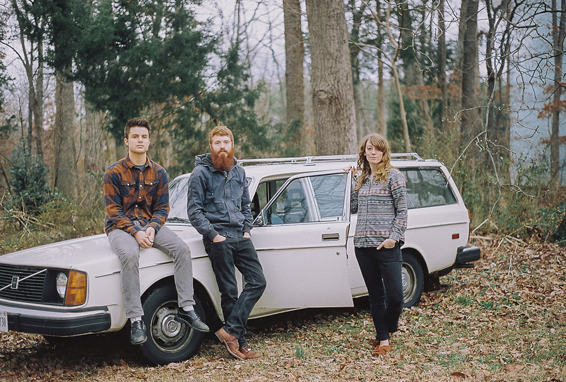 Continuing their relentless touring, Richmond, Virginia’s COMRADES have announced plans for another trek across the U.S. this October and November. For this run, they will be joined by Blood & Ink Records labelmates Household from Minnesota, who also recently released their debut EP With or Without.

COMRADES could just as easily be called adventurers as opposed to a band. Since forming in 2009, the trio – with married couple Joe and Laura McElroy at their core – have traversed North America countless times, exploring many off the beaten path locales and playing their unique brand of mostly instrumental music for anyone willing to listen. In 2013 alone, COMRADES played an impressive 112 shows, mostly in DIY venues from one end of America to the other. Throughout all their travels, building relationships with those they encounter has been at the forefront, resulting in a large network of friends they hold dear.

With their latest musical creation, the band’s first proper full length Safekeeper, COMRADES revisit their trademark sound while breathing new life into their songwriting. The intricate and highly articulate guitar work that has previously served as their “voice” of sorts is now supplemented in greater part by Laura’s pristine vocals, as well as more aggressive vocal contributions by drummer Ben Trussell. The resulting sound serves as testimony to their merging of various influences, experiences, and ideals into one cohesive opus.

Safekeeper is out now via Blood & Ink Records.