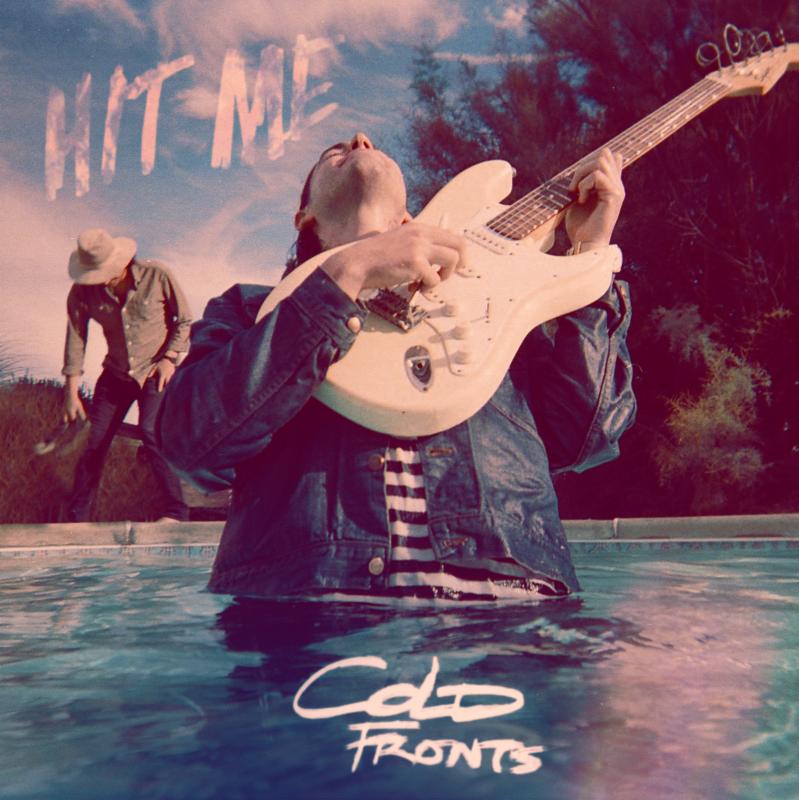 Philly-based indie rock band Cold Fronts have announced plans for their forthcoming EP, ‘Forever,’ which is set for release on November 4th via Sire Records (Warner Music Group), as well as upcoming tour dates. The band also premiered the lyric video for “Hit Me”– the first cut off the 4-track EP – today on  EARMILK.COM. “Hit Me” is now available for purchase (along with the EP pre-order) at iTunes, and it can be heard on streaming providers (Spotify, Beats, etc) HERE.

After staking claim as vets in their native Philadelphia, and with a dynamic live show, the band became last year’s winners of the Jansport Battle of the Bands contest at SXSW – a feat that sparked interest from Warner Bros. executive & Sire Records founder, Seymour Stein (The Ramones, Madonna). Cold Fronts will be showcasing their award-winning show on tour this fall as they head out with Empires, as well as headlining a few select dates. See below for a complete list of dates.

‘Forever’ EP was produced by Kyle Johnson (Wavves, The Hives, Modest Mouse, So So Glos) and captures the band’s signature garage with a dose of surf pop and juts the right amount of polish. It’s full of songs that will take up residency in your brain for days, if not weeks at a time, thanks to the unforgettable harmonies and lingering melodies. It is comprised of songs that you will find yourself humming along to, long after you shut them off.

The robust and jangly lead single, “Hit Me” is about the bands journey from DIY roots into major label world. “It’s specifically about when we were signing to sire and how it felt like such a gamble to go with such a big label,” says frontman Craig Almquist, who sings about “leapfrogging past the bullshit.” “We’re referring to Blackjack. It’s like saying ‘give me the next card and let’s see if it pays off.’ Maybe we’ll hit 21 or maybe we’ll go bust, either way we prefer the unknown, fuck it.”

URKT Share “Muted” – The Final Of Their Triptych Of Tracks