PAPER + PLASTICK TO RELEASE ‘FUTURE ON FIRE’ BY CLASS OF ’86 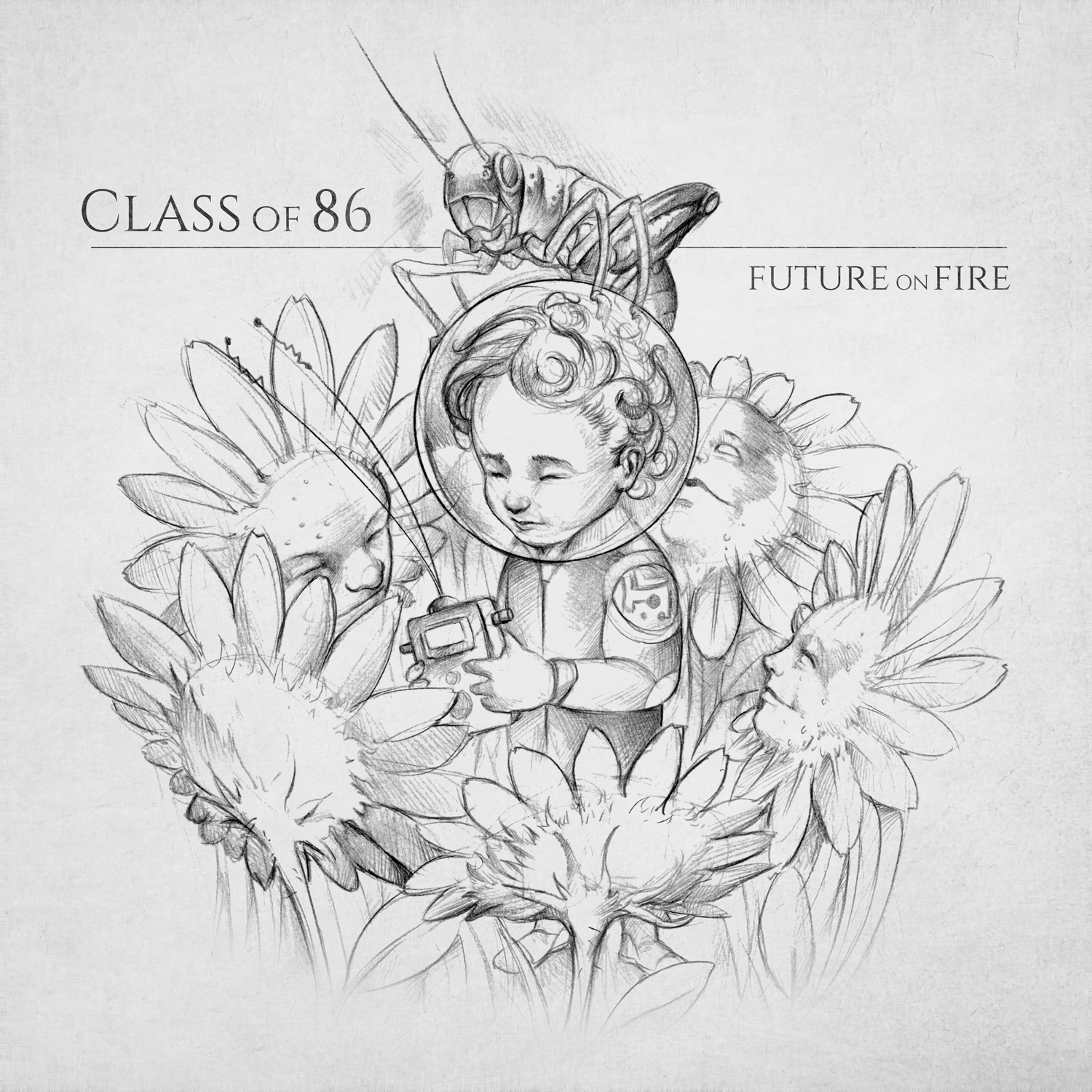 Paper + Plastick are extremely happy to confirm that the label will be releasing Class of ’86’s “Future on Fire” (cover art above).

The ten track album shall be released digitally and globally on November 11.

Class of 86 is a melodic punk band from Minneapolis, MN (who have been working the punk rock circuit and playing their trade for over a decade).  The band show how effective hard work can pay off with this stunning and blisteringly technical release.

Clearly influenced by early Propagandhi (a bold statement that Class of ’86 deliver on) this album (with some of the best song-titles we have seen in years) has already rightly drawn it’s plaudits on an international scale.

Brazil based Weliveinhell.com describes album closer “Veni, Vidi, Vino (I came, I saw, I drank) as one of the songs of the year whereas Chris Fortheloveofpunk.com reports that the “shredding guitar solos basically melted my face whilst listening”.

Class of ’86 shall be touring extensively and looking for shows in a town near you shortly so be sure to keep in touch with them through Facebook.

Hailing from Minneapolis, MN is melodic punk band Class of 86.  Their latest record, Future On Fire, marks a new chapter in the progression of the band’s sound which draws much of its character from metal as well as from punk rock.  The five piece consists of Ryan Tate, Joey Millard, Andy Mathison, Johnny Rude, and Brady Krueger who have known each other since grade school!  Decades later they continue their quest together for a few drink tickets and a chance at a headlining tour.