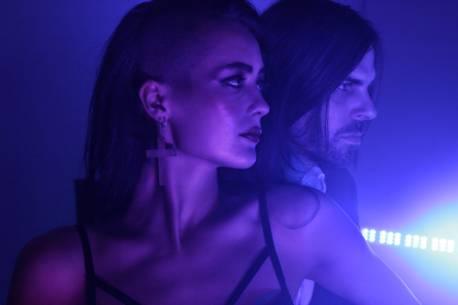 THE CINEMATIC PSYCH OUTFIT HAVE RELEASED ‘WHERE THE LIGHTNING STRIKES’ VIDEO

‘Where The Lightning Strikes’ stream on Wonderland

Cinematic psych outfit Saint Agnes have released their new single, ‘A Beautiful Day for Murder’ via visceral London Label Energy Snake Records. The track is a twisted ballad; a love song to death itself. ‘It’s the soundtrack to a dark and beautiful Western where Lana Del Ray stares down nick Cave in a saloon bar stand-off’ says founding member Kitty Austen, who fronts the band with Jon Tufnell. After releasing their debut single as a duo and packing out The Sebright Arms in suitably raucous fashion, the pair return with a trademark slice of cinematic, Tarantino-style lushness.

Canvas ‘No Love, No Hope, No Future’ Out Now!‏