“The fresh, fast paced and catchy guitar riff and the immediate start of the song draws you in quickly and it simply doesn’t let you go until the song has finished, and even then, you’re left wanting more.”- Words For Music

“This track has a vintage feel and vocals channeling the cool of Morissey and Julian Casablancas in the same breath, all while simple synth lines frame angsty guitars and drum rolls.” – Indie Shuffle

Chirping are an indie pop rock band hailing all the way from Sweden. The boys have been busy working on their new material, performing with Tove Lo and doing various shows all over Scandinavia.

Now they have decided to release their much anticipated new single Ambitions. Taking inspiration from the likes of The Cure, The Smiths, The Vaccines, The Drums and The Strokes, Chirping are all about authenticity, attitude and whooping hook lines.

The four-piece, consisting of Carl, Johan, Björn and Viktor, have a very strong DIY attitude. They spent a long period of time building their own rehearsal room and recording studio from scratch where they self-produced and self-mixed Ambitions. At the very last hurdle they had decided to bring in a mastering professional called Thomas Eberger who has worked with a countless amount of Swedish stars including The Hives.

The result is a clear-cut and straightforward track with a chorus giving way to another rush of serotonin each time it comes on. Carl’s low and quirky vocals are fresh, cool and honest, and he delivers his lines with the heart-on-sleeve sincerity resembling Julian Casablancas and Ian Mcculloch.

As the title suggests, Ambitions has got a go-get-it attitude, and it will be available for sale and download 27th October. 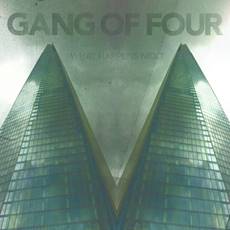 Rockarchive announces the birth of charitable trust The Print Bank‏