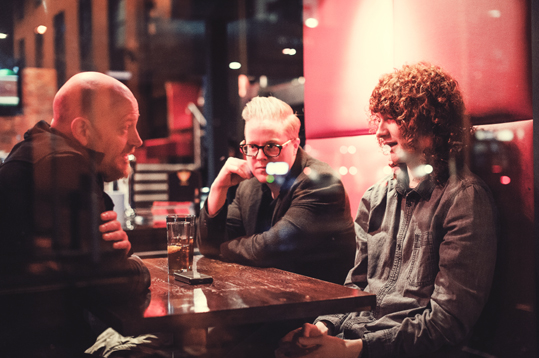 Described by the NME as sounding like “Weezer being beaten up by The Dillinger Escape Plan”, Carnivores draw influence from Fugazi, At The Drive-In, Idlewild, Helmet, Elvis Costello and Nirvana.

Carnivores are a three-piece rock band based in Paisley, Scotland.  Formed by college friends, Kenny Leckie and Grant MacCall – Carnivores got to work the old fashioned way, touring every venue imaginable in Scotland in their battered estate car, building a fans show by show.  They have gained a reputation as one of the hardest working and incendiary live bands in Scotland – taking on guerilla gigs in abandoned buildings, countless house parties and most impressively 450ft up in the Glasgow Science Centre Tower, the tallest fully rotating structure in the world.

Listen to the album sampler from
Let’s Get Metaphysical  HERE

Check out the video to the single ‘Let’s Get Metaphysical’

After hitting their stride with a series of self-released EP’s and singles, Carnivores went on to play T in the Park, headline Glasgow’s King Tut’s Wah Wah Hut and playing Glasgow Barrowland at a sell-out show supporting Twin Atlantic.  In 2013, the band replaced David with new drummer Martin Johnston and got down to making their debut album, Let’s Get Metaphysical.  Recorded live in just six days with producer, Bruce Rintoul (Twin Atlantic/Fatherson), the album captures the raw intensity of the band’s live show matched with a more melodic, introspective aspect to Carnivores sound.
Scotland is a nation in a state of flux, with many important decisions for its inhabitants ahead. Let’s Get Metaphyscial provides a state of the nation address from young men in touch with their history and a strong sense of what lies ahead.  But just how ‘metaphysical’ is this record?  “I’m an armchair metaphysicist” admits Kenny, “I’m not ashamed to admit that all my knowledge on philosophy comes from Wikipedia.  We had a Soren Kiekergaard quote on our first EP, I only know him because he was mentioned in Wayne’s World.  Where’s my honorary doctorate at?”

Carnivores debut album, Let’s Get Metaphysical will be released on 27th October on Smalltown America. 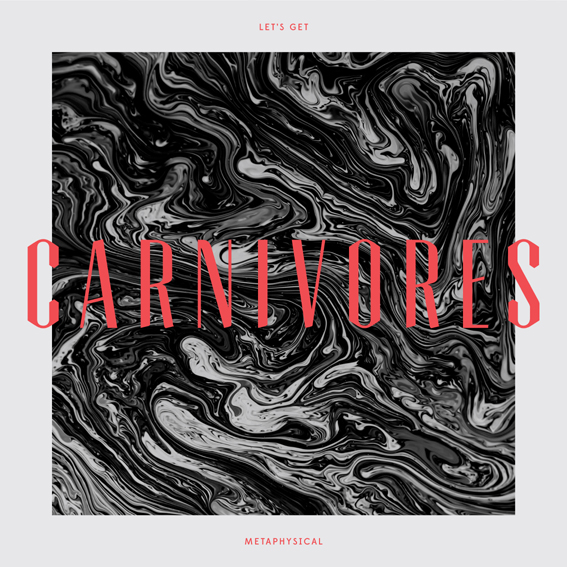