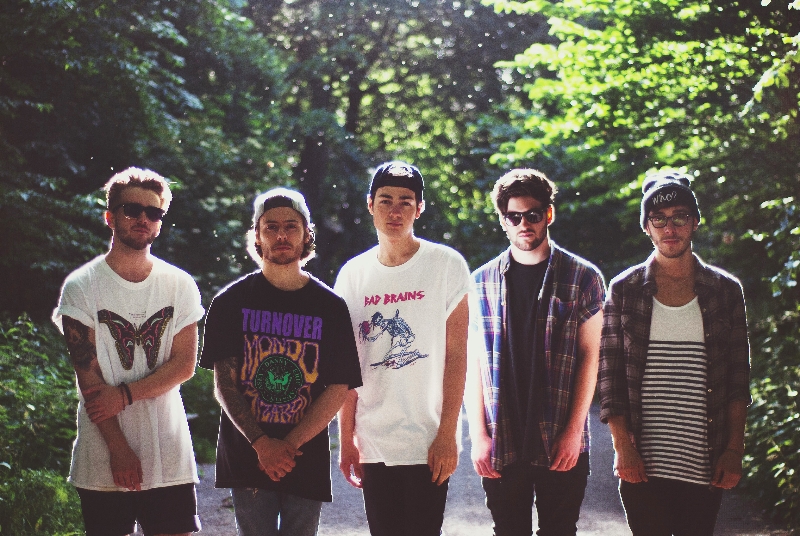 “Boston Manor are beginning to edge ahead of the pack.” – Rock Sound

“they certainly do not disappoint on stage.” – Seeing Your Scene

Blackpool’s Boston Manor have released a track from their forthcoming EP ‘Driftwood’ for free download. You can grab their single ‘Peach State’ here. The band’s new six track EP ‘Driftwood’ will be released on 13th October through Failure By Design Records and that is now streaming in its entirety over on Rock Sound. This is their second release, following their ‘Here/Now’ EP.  The five-piece will also be playing with Vinnie Caruana in London on 28th November at The Macbeth with further live dates in the pipeline.

Despite mostly revolving around looking toward the future, there are some more negative aspects to this collection of tracks. According to vocalist Henry, ‘Peach State’ “is a pretty negative song. It’s about knowing when to relinquish your faith in someone and only fully trust a person if you’re absolutely certain that they have your best interests at heart. We had some bad experiences with someone who offered to help us early on but instead just wasted a lot of our time. I suppose, in a sense, it’s also about trusting yourself to get stuff done rather than relying on other people.”

Elsewhere on the EP, Boston Manor tackle people who base their life choices on how it will make them look, friends who’ve made bad choices and letting go of certain aspects of your life. There’s no doubt that there’ll be something here for every individual to relate to lyric-wise. And the band back it all up with driven bursts of punk-rock vitality. Basically, the ideal recipe for sing-alongs aplenty.