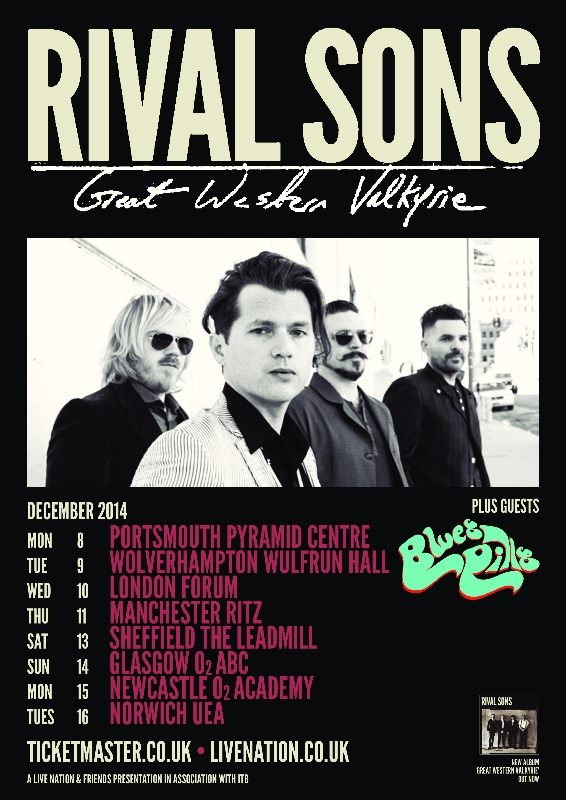 Enchanting Swedish Blues quartet Blues Pills are thrilled to be the main support for the UK leg of the Rivals Sons Tour this December.
“We are totally stoked to announce that we will have the honour of supporting the Rival Sons on their UK dates during their upcoming tour. They are such a cool band and we’ve been daydreaming about opening for them quite awhile now.  Were so thankful its actually happening!  It will be legendary!  Thank you Scott, Mikey, Jay, and David! ” Blues Pills

These dates supporting California’s classic rockers are in addition to Blues Pills’ already announced debut UK headline tour in November, with support from Nuclear Blast label mates The Vintage Caravan, tickets of which are available now and selling fast.

Blues Pills’ self-titled debut was released via Nuclear Blast earlier this Summer charting highly across Europe including Top 5 in Germany and #68 in the UK National chart. They charted at #6 in the UK indie chart showing a loyal following with a penchant for vinyl.

‘Blues Pills’ was produced by the renowned and respected Don Alsterberg (GRAVEYARD), and the colourful cover art was created by psychedelic artist Marijke Koger-Dunham. The piece was originally painted in the 60’s and never used – so with a slight adaptation to contain the Blues PIlls logo, this kept with the bands authentic, but youthful take on the richness of sixties soul and psychedelia.

‘Blues Pills’ has taken the UK press by storm:
‘One of the most exciting album releases of the year so far. Just what the doctor ordered’ 8/10 Classic Rock
”Thank feck for Blues Pills who’ve emerged like a fresh pressed 45 brimming with authenticity and sun-bleached Woodstockian sound.’ 4K Kerrang!
‘What makes this such a big deal is that it sounds like Blues Pills, not a throwback to a classic regime.’ 8/10 Metal Hammer.