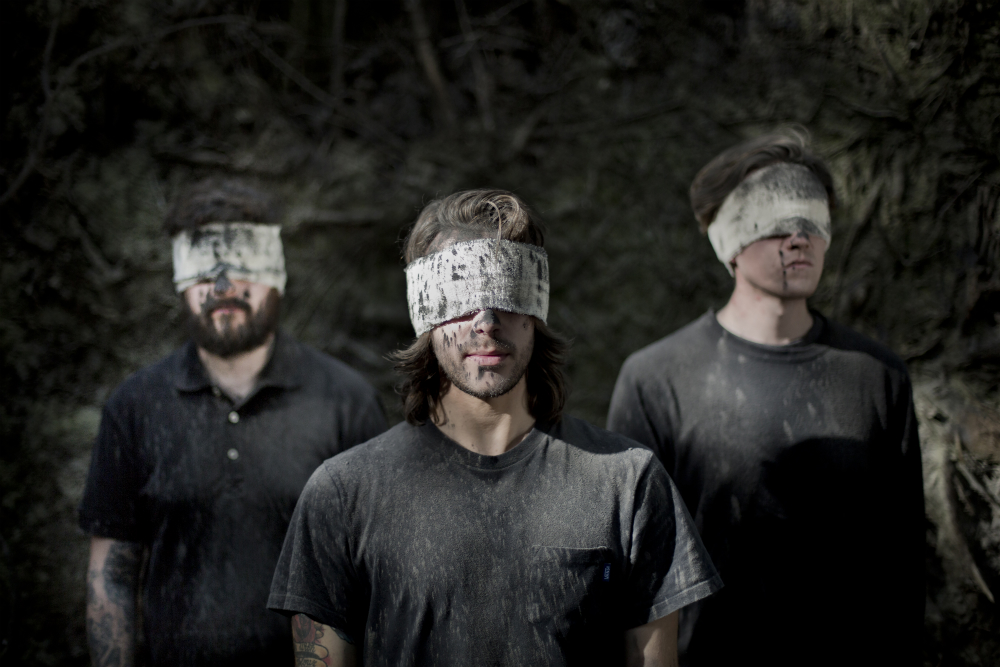 South west three-piece Black Foxxes have released a free sample of their forthcoming debut EP in the form of their track ‘You Gotta Grow’. It’s a song about the town vocalist / guitarist Mark Holley grew up in – “It’s a small town in the middle of nowhere with a population of people that never seem to leave. I love my roots more than anyone, I’m obsessed with nature, the countryside and the simple things. But there comes a time that you want to leave all that behind to pursue the thing you love.”

The band will release their debut EP ‘Pines’ on 24th November. Doing so totally independently, the trio have cultivated a sound incorporating a dynamic mix of raw noise, extremely immersive vocal breaks and guitar hooks that are almost disconcerting, so considered is their drive.

Black Foxxes recently unveiled an evocative music video for another track from the EP – ‘River’, which is a moving song about the stigma attached to people falling in love. Tackling the situations people have to go through to find themselves at a young age, ‘River’ is a very relatable slice of emotive rock.

Already pricking the ears of BBC Introducing through both regional and Radio 1 plays, the band look set to continue their trajectory towards the forefront of British rock music with their debut EP. You can’t really sum up Black Foxxes’ sound by comparing them to other artists, but they certainly concur that the classics stand the test of time for a reason. Mixing the raw, intense sound of those that paved the way for popular acts of today (Neil Young, Nirvana, Led Zeppelin) with a contemporary twist akin to the likes of Brand New and Manchester Orchestra, Black Foxxes are ready to fly the flag for modern British rock.