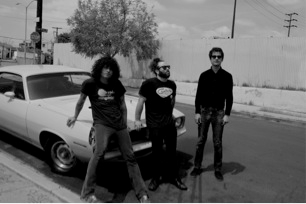 NEW SINGLE ‘IN THE LURCH’ OUT NOW
“When you put together former members of The Mars Volta and
At The Drive In with Flea, you know you’re in for a good ride”
– Zane Lowe, Radio 1

American progressive punk rockers Antemasque have smashed down the doors of BBC Radio 1, with single ‘In The Lurch’ being made Track Of The Week on the Rock Show, with further plays from Zane Lowe and Fearne Cotton.

‘In The Lurch’ is a three-minute demonstration of the finest musicianship. With frenzied drumbeats, intricate guitar playing and Cedric Bixler-Zavala’s trademark wails, this track has all the hallmarks of a band who are dying to unleash their hyperactivity on the world.

The BBC radio plays come hot off the back of three breathtaking live shows performed by the band in Brighton, Leeds and London last week, with Team Rock claiming that “Antemasque deliver from the off, firing on all cylinders” and Gigwise describing the same show as a gig with “frantic moments and a pure feeling that make for a night to remember”.

On April 9th, the project that is Antemasque, was announced to the world and the band released their breathtaking debut single ‘4am’. Three more songs followed online throughout April and then the highly anticipated debut album was uploaded to the internet for eager fans on July 1st.

Now the band is set to give their eponymous self-titled debut album an official release in the UK digitally on November 10th and on physical CD and vinyl formats on November 24th through their own Nadie Sound label, with distribution through Caroline International. 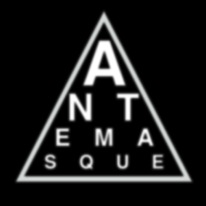