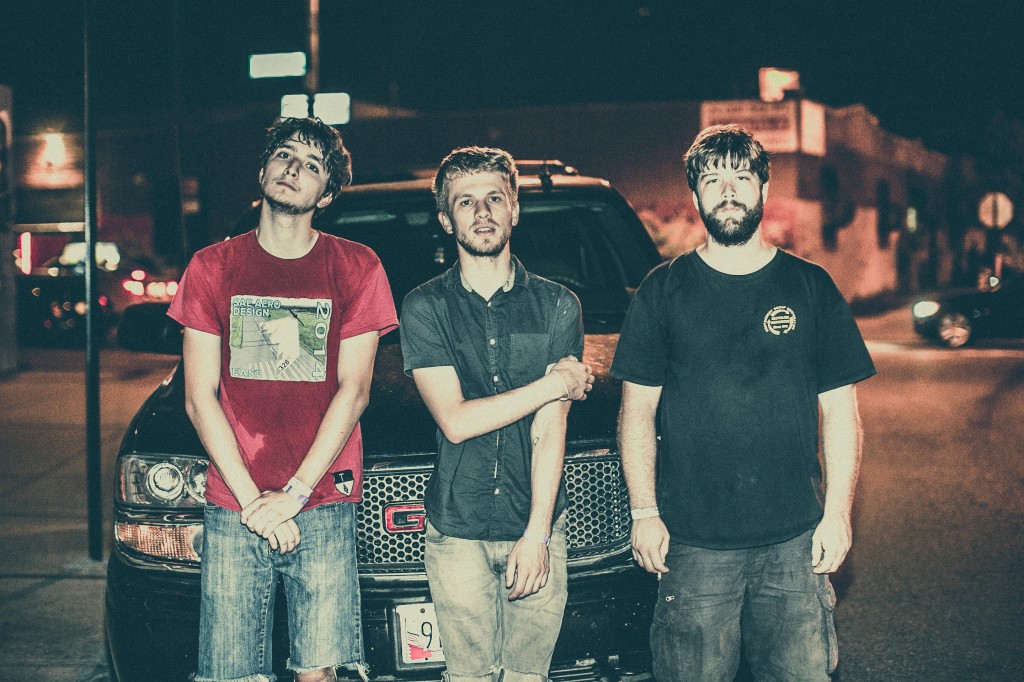 Sophomore Full Length, Foulbrood, due out November 25th via Exploding In Sound Records

Exploding In Sound Records is thrilled to announce the upcoming release of Two Inch Astronaut‘s sophomore full length record, Foulbrood. Set for release on November 25th, 2014, Foulbrood arrives just in time for the holidays, though it certainly isn’t a “holiday album” by any means. The Colesville, Maryland based trio have perfected their warped and twisting post-hardcore, post-punk, post-feelings brand of indie rock since last year’s official debut, Bad Brother. That record, along with their previous self released EPs, set the standard for Two Inch Astronaut’s art punk sound of carefully intertwined melodies, tangled chords and complex rhythms. Foulbrood ups the ante… way up. The riffs are heavier, the melodies are sharper, the hooks are catchier, and the songwriting has become increasingly more clever.

NPR Music’s “All Songs Considered” premiered the album’s title track and first single, “Foulbrood” today on their podcast. Listen to the show HERE.

Two Inch Astronaut guitarist/vocalist Sam Rosenberg added, “The song “Foulbrood” is kind of a show of solidarity to anyone who spends a lot of their mental time just trying not to be clouded by gruesome or sad thoughts or images. Sounds kind of dreary, but it is meant to be hopeful. We initially thought it was a little too poppy for the record, but we decided it would be good to offset a lot of the slower stuff.

“Their 2013 debut, Bad Brother, stood out even on the excellent Exploding In Sound roster, but “Foulbrood” — the title track from their forthcoming sophomore LP — sounds bigger, more confident, and more technically adept in every way, from the writing to the vocal and instrumental performances. All the band’s abundant tools are employed in the service of a great song, but man, those tools are abundant, and man, this song is great.” – Stereogum

Two Inch Astronaut recorded the album at Warrior Camp Studios in Massachussetts as a duo, with Sam Rosenberg (guitar/bass/vocals) and Matt Gatwood (drums) once again working with producer Michael Siegel. The record was written as a trio with former bassist Daniel Pouridas, who recently left the band under friendly circumstances and remains a frequent contributor. Grass Is Green’s Andy Chervenak has stepped in as the band’s full time bassist, and their live shows continue to amaze all those who come across the trio. The band will be playing CMJ on October 24th at Trash Bar and October 25th at Silent Barn as part of Exploding In Sound’s birthday celebration.

Expanding on the writing process, Rosenberg said, “A handful of the songs were written very quickly right after Bad Brother came out with the full lineup of Matt, Daniel, and I. The rest were assembled by Matt and I. We’ve always taken equal responsibility for arranging and determining the feel of a song, but this time Matt actually wrote a few of the guitar parts that ended up being the basis of songs. I think we felt a lot more comfortable writing and recording this record. We didn’t really try to force any of the songs or graft parts together, we just sort of waited until something presented itself that felt right.”

The band has received comparisons to the early 90s and 2000s Dischord sound, bringing to mind bands like The Dismemberment Plant, Shudder To Think, Faraquet, Pinback, Q and Not U, and Jawbox. This is no mere imitation however, as Two Inch Astronaut’s sound shifts and twists around every corner, unpredictable yet catchy and undeniably melodic.

Foulbrood is due out November 25th, 2014 via Exploding In Sound Records on vinyl and digital. Pre-orders are available HERE.