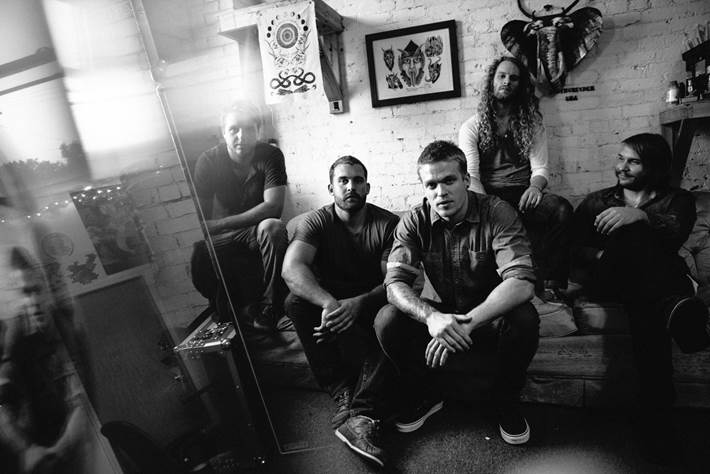 Spinefarm Records is thrilled to announce the signing of New Jersey quintet Toothgrinder. The band is already incredibly active, armed with a brand new EP and a US tour that is currently in progress

Toothgrinder will release its label debut in the form of the Schizophrenic Jubilee EP, produced, mixed & mastered by Taylor Larson (Periphery, Darkest Hour). For a taste of what’s to come, check out “The Hour Angle” at https://soundcloud.com/spinefarmrecords/toothgrinder-the-hour-angle/s-a4OtH. Release details to follow.

Toothgrinder push heavy metal into the future with their unusual song structures, torrents of riffs and scaled-the-bowels-of-hell vocal attack. But it’s not all metallic fists ‘n’ fury; the band’s music is smartly crafted and sonically provocative.

Toothgrinder vocalist Justin Matthews says: “Toothgrinder was birthed from a brotherhood of musicians who wanted nothing more than to create aggressive energy and deviate from the status quo. The bond that five best friends initiated through childhood will last a lifetime. Through blood, sweat and tears, our family has taken on an endeavour that was never thought possible. Our perseverance and tenacity would not be evident to the world without our good friends in Outerloop and Spinefarm. We could not be happier.”

Spinefarm‘s Darren D’Alessio, who signed the band, adds: “We are very excited to officially welcome Toothgrinder to the Spinefarm roster!  From the first moment I listened to ‘Schizophrenic Jubilee’, I knew the band was a force to be reckoned with. They truly have a unique sound and vision, and this is only just the beginning of where these guys plan on taking their music. Expect great things from Toothgrinder in 2015!”