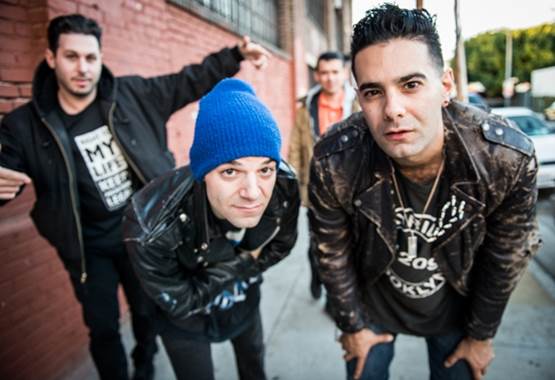 THE SO SO GLOS

Brooklyn punks The So So Glos have announced a series of UK headline shows, following their October show with The Hold Steady. The band will play five extra shows, finishing with a headline date at London’s Hoxton Square Bar & Kitchen on 28th October.

The New Yorkers have also released the apocalyptic new video for their track ‘Diss Town’, which can now be seen on YouTube.

The band released their latest album Blowout in the UK earlier this year to amazing acclaim. Having burst out of the Brooklyn DIY punk scene and co-founding one of New York’s most integral music venues Shea Stadium, the So So Glos have gained legions of fans in the US. For those not already onboard with the bands’ no-nonsense, by any means necessary approach to being in a band, check out their mini-documentary ‘Who The F#@% Are The So So Glos’.

Blowout by The So So Glos is available via Votiv/Caroline UK/Shea Stadium Records featuring two brand new exclusive UK bonus tracks:Amazon // iTunes. Tickets for all shows are available now.

Check out The So So Glos latest music videos:

“The band are young, smart, frequently sarcastic and well worthy of your attention” – Rock Sound