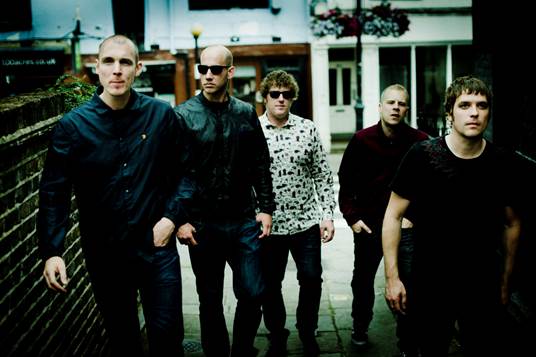 “They infuse a range of transatlantic styles (early rock’n’roll, Merseybeat, skiffle) into their infectious sound and will surely take beer-soaked caverns near you by storm anytime soon” QTHEMUSIC.COM

The Incredible Magpie Band, a majestically rocking and rolling Wakefield five piece, have a fondness for all things shiny and beautiful.

Whilst there’s a proud boasting of 60s R’n’B and a splattering of Scouse heroes The Las, you are mere seconds into a Magpie track before any attempts at pigeonholing ends and hair standing up on skin begins.

Debut double A-side single ‘This Chose Me’ / ‘Money’, released 15th September, has had a sprinkling of the magic dust from Zak Starkey (The Who/Oasis) who remixed and produced the record.

Written by bassist Lou Taylor, ‘This Chose Me’, is a near-perfect synthesis of scouse skiffle, early American rock’n’roll, and British Invasion sounds whilst ‘Money’, written by guitarist Lee Knowles, is stomping 60s pop-soul meets rhythm and blues – an unashamed rally to the working classes.

The Magpie’s have a habit for writing the perfect pop nugget. The songs are delivered with an aesthetic sensibility that is at once magical and uplifiting and completely accessible to anyone with an interest in well-written, -played, -produced, and -sung pop.

In their short time together (the band formed in 2012) The Magpies have created an alchemic freshness that revives the tired senses, like a slug of cold cider on a hot summer’s afternoon.

“We wanted to wear our influences on our sleeves and that’s what comes out in the music, we hope. If someone plays something that sounds like a band we like we don’t all stand around sucking our teeth going “you can’t play that, it’s too much like…” we go “yeah!! That’s great!! Leave it in!!”

The band’s shimmering debut album, due for release later this year, lends itself to the bubblegum pop era of bands like The Monkees and ‘Fifth Dimension’ era Byrds, with a nod to more recent artists including The Coral and Jake Bugg. Although at once a relic of the past in terms of its sonic simplicity, in 2014 terms, utterly unique for a pop record.

With only a handful of live shows behind them and a Liam Gallagher endorsement to boot, The Incredible Magpie Band look set to shine in 2014.

You can catch the band supporting The Rifles on their UK tour in November.

On tour with The Rifles at the following venues:

Autumn + Colour and Round Kid Records To Co-Release Future Ghost’s Next LP ‘Colorado’ on February 12, 2013‏