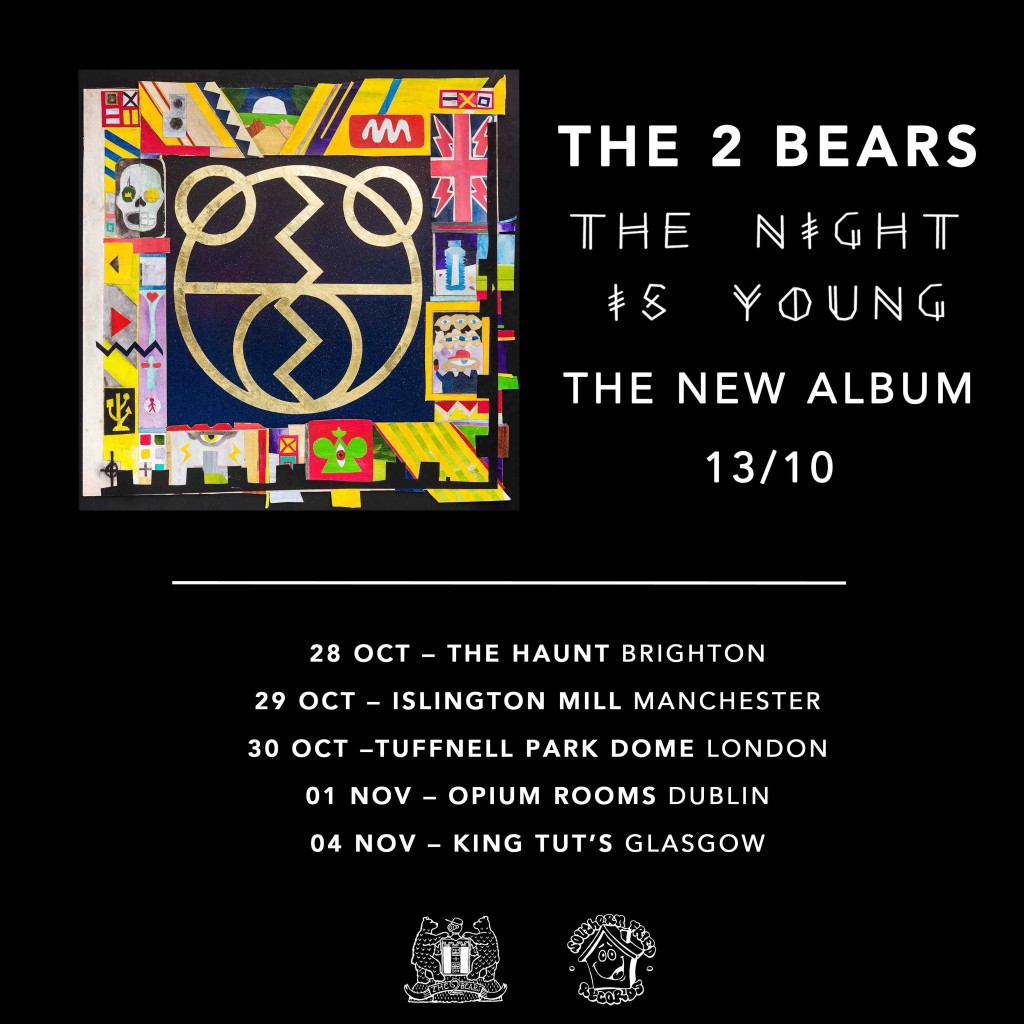 ** NEW SINGLE ‘NOT THIS TIME’ OUT 27th OCTOBER ON SOUTHERN FRIED **

Donning the robes of finger wagging disco diva, throwing off the shackles of disguise, deception and mistrust, Not This Time is The 2 Bears biggest pop moment yet.

Reveling in the role of a wronged lover in valedictory form, Raf Daddy is at his most ‘fierce‘ on the latest cut from the bears’ eclectic new album The Night Is Young (out Oct 13th). Where their debut helped plant house music back in the mainstream, their new album is a memorable blend of house (Angel), disco, ragga (Money Man), classic rave (Get Out), and good old fashioned song writing, absorbed from record boxes, dancefloors and recording studios across the globe.

For the remixes, German duo andhim take the whole thing deeper, while the track is given the proper jacking house treatment fromKrystal Klear, and then gently laid down on the sofa by Brennan Green.

They take their globetrotting dance party on the road for their very first live tour in the autumn.

Two years ago The 2 Bears dropped a debut album that re-invigorated a genre and gathered music fans in the open embrace of house music.  On 13th October they return with the second installment The Night Is Young, the eagerly awaited follow up released on Southern Fried.

Where debut smash Be Strong was rooted in their love for London, The Night Is Young takes on a more global vision. With a love for their home city still at its heart, the album pulls influences and experiences from across the world of dance music, drawing deeply from their trip to Africa last summer. As part of a project for Brixton based youth magazine Live, the duo played shows in Cape Town and Johannesburg and spent time recording in a studio run by BLKJKS’s Tsepang Ramoba. The lead vocals for Son Of The Sun were recorded there with a young singer called Sbusiso and Kwaito legend Senyaka, who also added his vocal to lead single Angel (Touch Me).

Speeding through multiple genres, often condensed into single tracks, The Night Is Young lifts The 2 Bear’s famed, eclectic DJ sets to higher realms, shifting the imperative to lose both body and mind distinctly up a gear.

Honing their craft with all the care and attention paid to a well-groomed patch of facial hair, Raf and Joe have bounced from Brixton to Tel Aviv via Cape Town, sharing the decks ever since their fateful incarnation, delivering a memorable blend of house, techno, ragga and more to almost every continent. A bearded pilgrimage if you will, and one that has coloured in the bold dancefloor-centric shapes of their second album The Night Is Young.