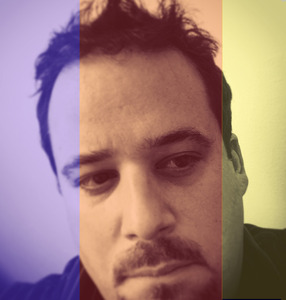 Stream Palm Ghosts’ debut album via Soundcloud
Philadelphia-based Indie Americana group Palm Ghosts are pleased to announce the release of their debut record.
Combining the classic pop songwriting of Elliott Smith and Paul Simon with the dark American folk of Townes Van Zandt on their debut album, Palm Ghosts, the band presents eight introspective stories about love and loss. Comprised of singer-songwriter Joseph Lekkas (who also plays guitar, bass and keyboards on the recordings) and joined by Walt Epting (drums), Maura Dwyer (cello), Vince Tampio (trumpet) and Alex Yaker (organ), Palm Ghosts describe themselves as Sun-Damaged American Music.
After the dissolution of longtime band, Grammar Debate!, in the summer of 2010, songwriter Joseph Lekkas took a self-imposed hiatus from writing and performing music. For the better part of three years, he lived overcome with anxiety, barely leaving his house, a prisoner to fight or flight. Through the help of friends and family, he was able to regain his joy for living. He found that translating his thoughts and feelings into song was not only therapeutic, but necessary. Four years later he re-emerged with a set of songs he self-recorded with the help of a few longtime collaborators. These are those songs.

Self-produced and recorded in a warehouse in an old industrial section of the Kensington neighborhood of Philadelphia during one of the most brutal winters in the city’s history, Palm Ghosts is a collection of songs documenting life’s contrasts, where darkness thrives in broad daylight, sadness rings through major chords and desolation greets you with a smile. The songs reverberate with desperation and heartbreak, yet glimmer with a delicate sheen of optimism and hope. Much like the radiant end of a long, frigid winter.