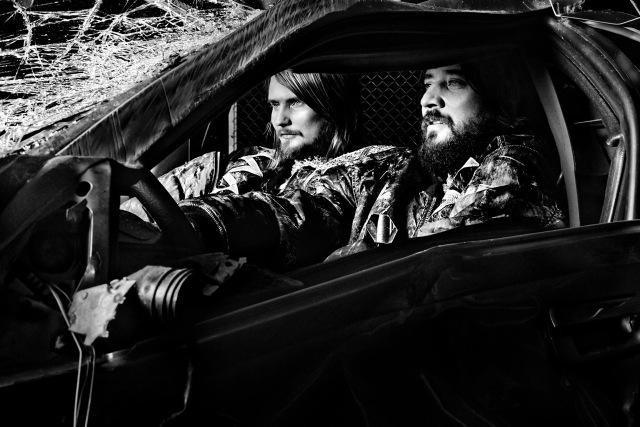 Röyksopp will release their fifth and final album, The Inevitable End on November 10th via Dog Triumph. The Inevitable End is Röyksopp’s most personal album to date and their second album release in the space of six months, following their critically acclaimed mini album Do It Again with fellow Scandinavian legend Robyn.

“With ‘The Inevitable End’ we’ve moved into a darker subject matter, with emphasis on the lyrical content. This candid approach feels very both personal, sincere and conclusive.” says Svein, “With this album it became clear we wanted to make an album in a classical sense even if it’s the last one we make,” adds Torbjørn

Having now created five complete bodies of work, the pair feel like the future is open to being more experimental with how they share their music.  “We feel like this is a goodbye to the traditional album format,” explains Svein. “In our consecutive run of albums, we have been able to say what we want to say and do what we want to do with the LP. We’re not going to stop making music, but the album format as such, this is the last thing from us.”

“If you wanna ride with us tonight…”

4) You Know I Have To Go (Jamie McDermott, The Irrepressibles)

6) I Had This Thing (Jamie McDermott, The Irrepressibles)

9) Running To The Sea (Susanne Sundfør)

Röyksopp are one of the biggest electronic acts in the world winning seven Norwegian Grammys (Spellemannprisen) and five Norwegian Music Prize Awards (Alarmprisen) as well as a nomination for Best International Group at the Brit Awards and Best Remix at the Grammys.  The duo have had four number one albums in Norway with Do It Again  debuting at number fourteen on the Billboard 200 marking the highest album chart position ever for a Norwegian artist. Röyksopp have created remixes for the likes of Coldplay, Lady Gaga, Kings of Leon and Depeche Mode and also headlined some of the biggest festivals in the world- most recently performing their 2014 sold out Do It Again Tour with Robyn.