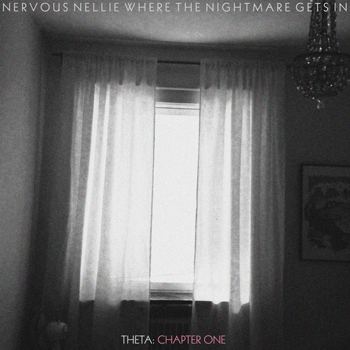 Nervous Nellie feature two sets of Swedish brothers (two of them grew up in Chicago) and are currently based in Stockholm. They have announced they’ll be releasing new album ‘When the Nightmare Gets In” in December 2014.

The album has been divided in three different chapters, based on the band’s past and presents nightmares and dreams. The chapters will be released one at the time in the next few months

Skeletons is the first track taken off “Theta: Chapter One”, and it is a great introduction to the their polished indie-pop sound that in the past has gained them comparisons to the likes of Phoenix, Passion Pit and M83.

THETA: CHAPTER ONE is available now and can be streams on Spotify, Deezer  and Rdio.
Full track listing:
“WHERE THE NIGHTMARE GETS IN – THETA: CHAPTER ONE”
01. Skeletons
02. The Violence
03. Gloves
The album and chapters were produced by Andreas Söderlund, Henrik Jonzon & Nervous Nellie. Mixed by Andreas Söderlund, Anders Hvenare and Johannes Berglund.
Nervous Nellie have confirmed they’ll be playing at the Culture Collide Festival in California in October:
OCTOBER 14 – San Francisco, US
OCTOBER 16 – Los Angeles, US
www.nervousnellie.com
www.facebook.com/NervousNellie
www.soundcloud.com/nervous-nellie
www.youtube.com/personalelvis
www.instagram.com/nervousnellieofficial